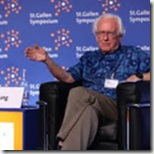 In this foreword, however, I will explore US deep culture implications for US foreign policy, close to “American Diplomacy”.

The US self-image as successor to Israel as MFN–most favored nation–by God, with Chosen People-Promised Land, CPPL, status, is from 1620, on Mayflower. Since about Year 70 Israel clearly no longer enjoyed CPPL status; that was under King David and under King Solomon.

The position as CPPL was empty, may those with credentials apply. Puritan Pilgrims from East Anglia via Leiden in Holland, did, and according to themselves successfully so. London, with no chosen people but command of the Promised Land was beaten in a War of Independence 1775-1812 for Promised Land for Chosen People, ushering in 141 years of wars for “unconditional surrender”. The USA looks invincible.

Till 1953. The Korea war 1950-53 with a Uniting for Peace UN mandate ended not with victory but cease-fire, armistice, DMZ; strongly resisted by Northern Korea and China. The war in Vietnam 1961 till 30 April 1975 ended with the US Army withdrawing unconditionally.

Four stages can be recognized in this very recent history:

The role of “American Diplomacy”?  To justify US warfare, and, if it does not work, to justify “softer approaches”, like negotiation.

The role of “American Democracy”?  A real life story about that.

Dennis Kucinich, House Representative (D) from Ohio before he was gerrymandered away–another aspect of US democracy, FAFE [Free And Fair Elections] in practice–called a meeting in his office suite in the building across the street from the US Congress. I was asked to tell some representatives about a meeting with leading Taliban in Afghanistan.  To them, the problem was the 1893 Durand Line between the British empire–now Pakistan–and Afghanistan, cutting in two the lands of the biggest nation without a state, the Pashtuns.  Making Pashtuns and Taliban almost synonymous.

Solution: eliminate that line; create a Central Asian Community, border-free, with Afghanistan-Pakistan inviting the other “stans”, Iran, Assad-Kashmir; all in Afghanistan and Afghanistan in them.

A Representative said: “Taliban may think like that. But I am an elected representative in US democracy. The people elected me for this–he made the V sign–then we will tell them what the solution is.

A decade later the USA is still fighting, with NATO allies, for a victory and solution in Afghanistan they will never obtain, because:

This unequal fight may tempt some in USA to use nukes against a very invulnerable country, leading to revenge in vulnerable USA.  The outcome will be more isolation, decline and fall of the US Republic.

That process has already started, as witnessed by the many major conferences to which the USA is no longer invited. The ball is in other courts: in Russia, India, China–in BRICS in general.

What will happen if US thinking about North Korea and Vietnam is at the same level as for Afghanistan?  CIA?  “Central” no doubt, and “Agency”, but how about the “Intelligence”?  USA withdrew badly wounded from Vietnam and is now heading for the same in Afghanistan.

North Korea: there seems to be a stalemate, with 8 million or so in and around Seoul being as hostages to North Korean artillery should there be a US attack.  North Korea will not launch a first strike, but they want to show USA-Japan-the World that they are equal to USA in offensive capability with an invulnerability of force and value–people–unmatched in human history. Mantra:  “1952” NEVER AGAIN!

Peace is around the corner if American Diplomacy were able to think-speak-act peace. Take North Korea on their word. Ask them for the details of converting an armistice to a peace treaty; of normalizing diplomatic relations with Seoul-Tokyo-Washington; of an UN-inspected nuclear-free Korean Peninsula.  And then: Negotiate.  Much “American Diplomacy” is used to fight this; USA wants to control South Korea.

Vietnam: the US defeat was total as opposed to in Korea; there will be no war in the foreseeable future in spite of theories about how that unwinnable war could have been won.  But there was some basis for the imposed division between North and South Vietnam; how Vietnam overcame it may teach a USA divided North-South some lessons.  Vietnam improved its karma with USA; USA may learn to improve its karma with the world.  Peace is around the corner.

Conclusion: the general problem is a US deep culture as Chosen People with a Promised World.  Time has come, USA, to become normal.

Johan Galtung, a professor of peace studies, dr hc mult, is founder of TRANSCEND International and rector of TRANSCEND Peace University. Prof. Galtung has published more than 1500 articles and book chapters, 500 Editorials for TRANSCEND Media Service, and more than 170 books on peace and related issues, of which more than 40 have been translated to other languages, including 50 Years – 100 Peace and Conflict Perspectives published by TRANSCEND University Press. More information about Prof. Galtung and all of his publications can be found at transcend.org/galtung.