Johan Galtung’s view from Europe: Two Ways of Being Western: Christianity and Science

Two Ways of Being Western: Christianity and Science 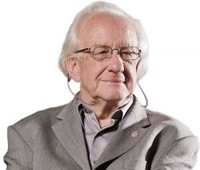 Two basic institutions in Western history and individual lives: Christianity offering Salvation to those following Laws, Commandments, and Science offering Truth to those who believe in scientific laws.

After Enlightenment ushered in a godless world, one is waning and the other vexing, seen as antithetical to each other. Is evolution being contested by “intelligent design”? By “diversity and symbiosis”? Neither one nor the other?  Or both? We do not know, nor do we come to grips with evolution beyond homo sapiens. Neither did Christianity.

But we are used in history to successors carrying the imprints of predecessors, and vice versa.  We are used to plus ça change plus ça este la même chose (the more it changes, the more it stays the same). And the more intended Italian cambiamo le cose affinche se mantengono le stesse (we change the things so that they remain the same).

Christianity and science have both been marked (and marred) by the heavy institutionalizations known as churches and universities. They are certainly Western in the sense of carrying the trade mark of competitive individualism: to bishop-archbishop-cardinal-Pope in one, to professor-dean-rector-Nobel in the other.  But that is not our focus, however Western. Our focus is how they both relate to Time.

Western time is often seen as linear or curvilinear upwards, progressing, even exponentially, or logistically petering out. However, for Western history this is much too simplistic. There are declines with falls, and discontinuous jumps, upward or downward. Western history is dramatic, with Antiquity and Modernity being so similar and different from the “Middle Ages” that we have used the term “Occident I” for the former and Occident II for the latter.

The task is now to spell out some time aspects of the predecessor Christianity, and then show how Science followed in its footsteps.

One way is to postulate a Western Time with six recurring phases:

And so on and so forth, as long as West exists, because:

Western time is finite; it has a beginning and an end.

Other civilizations postulate time from eternity to eternity, also Hinduism with its complex recurring patterns and some similarity to the West.  Not strange, given the Indo-European meta-civilization.

Science followed the Christian universe; Creation beginning with a Big Bang beginning, and like Christianity did not answer in which universe the Creation or the Big Bang took place. Ex nihilo?

Science followed the Christian Armageddon ending with a 2nd Law of thermodynamics conversion of big bang energy to entropy, chaos.

There is no final, definitive “Christianity”, but Christianities in accordance with Western Time: of the Gospels, of St Augustine, of St Thomas Aquinas, of Luther-Zwingli-Calvin-Anglicans &c, evangelists including the US National Evangelism (like the First Baptist church).  Each was-is tapped to exhaustion for its salvation potential.

The Catholic-Orthodox gap was bridged by Pope Francis-Patriarch Kirill at the expense of deepening the gap to US-UK-Nordic evangelism, deepening Anglo-America/Russia rifts in circles of mutual causation.

Science followed suit, changing paradigms for thought-discourses for speech (Thomas Kuhn), tapping to exhaustion their truth potential. From Aristotelian stasis with everything in places commanded by nature to Galilean dynamism according to laws of nature; from 3-dimensional space in time to einsteinian 4-dimensional spacetime; from continuity to planckian discontinuous quantum jumps (Einstein protest:  Natura non facit saltus); from Euclidean points-planes-spaces to strings. There will be more, also as West opens up for other civilizations.

Then, exploring science for deeper understanding of Christianity.

Science has produced many laws of the Y=f(X) type, like s=1/2gt2, with chronological time as variable and g as parameter, also variable. The number of parameters knows no limits, some known, others unknown, still others unknowable, beyond limited human comprehension.

Science tries to beat the parameter tyranny by locking two of them in the standard context of [0C-760mm].  Chlorofluorocarbons, CFCs, close to that are non-toxic, inflammable, ideal for fridges.  Released into the ozone layer they are broken down by ultraviolet radiation, freeing chlorine to make holes in the ozone layer; the planet–with humans in it-is seriously damaged by that radiation.

That raises the question of a “normal” context for the Creation. It must be in God, and we get a glimpse in Genesis 1:30: God was a vegetarian. He created animals and humans, and they should all be herbivorous, not carnivorous. In other words, God defined a normalcy for humans and other animals. Animals basically obey God’s intent. Judaism-Christianity-Islam share Genesis, so all believing Jews, Christians and Muslims should be vegetarian. They are not.

We got from those two a salvation with no truth to it, and truth with no salvation in it. Fortunately there is more to Western reality.

People create salvations and truths by choosing countless values-goals, and building NGOs for their realization.  Like TRANSCEND, for peace as salvation from violence, pursued pragmatically-empirically.

But we are not limited to empirical reality. Between that and unreality are potential realities to be created.  By humans, as gods.

The strength of the West lies in that multiplicity of the goals pursued in a pluralistic society.  May it long last.

* I am grateful to Hajo Schmidt for a critical-constructive reading.

Johan Galtung, a professor of peace studies, dr hc mult, is founder of TRANSCEND International and rector of TRANSCEND Peace University. Prof. Galtung has published more than 1500 articles and book chapters, 500 Editorials for TRANSCEND Media Service, and more than 170 books on peace and related issues, of which more than 40 have been translated to other languages, including 50 Years – 100 Peace and Conflict Perspectives published by TRANSCEND University Press. More information about Prof. Galtung and all of his publications can be found at transcend.org/galtung.