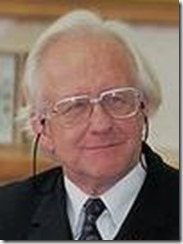 Very well known is post trauma stress disorder, PTSD; no doubt a very painful disorder experienced by many, most, maybe by all of us. Something went very wrong: a shock, violence, physical, verbal, by and to individuals, groups in society, societies, groups of societies. Not only by and to individuals: PTSD does not belong to psychology only.

However, as Buddhist epistemology informs us: there is symmetry to the world.  Anything can be seen from at least two angles: to “I walk down the street” add “the street moves toward me, ‘walks me up'”.  Was Einstein inspired by Buddhism when he asked his famous question, “Does Zurich stop at this train?” Maybe not; his relativity, “moving relative to each other”, forced that question upon him anyhow.

For Buddhism, however, this thinking goes far beyond movement, into concepts and discourses.  What would be the opposite of trauma? Evidently something positive. For one, like this author concerned with war and peace, one type of trauma is defeat in a war and the opposite is victory.  Basking in the glory, not suffering the gloom of trauma.  And then, if trauma could lead to a state of stress, deeper and more permanent the deeper and more repetitive the trauma, maybe deep and repeated glory could lead to a state of, let us call it exuberance?

This opens for behaviorism: avoid trauma, seek glory. But the idea is deeper. Deep-repeated trauma leads to stress disorder, not only stress. Deep-repeated glory may lead to exuberance disorder: let us have more wars to enjoy more victories! Not only for defense!

We may refer to the same war. Death in a war is a major trauma for the bereaved and all, victory a major glory for many and all. The loser is traumatized, the winner glorified. The loser may suffer deep disorder, like nations traumatized by Western colonialism. Or they may say “Never Again” and launch a peace movement.  The winner will do his best to keep war as an institution.  Till his time comes to lose.

For micro level analysis, marriages in patriarchic families offer obvious examples.  Through centuries an experience so traumatic for women that one way of handling the stress was to become a nun, the frock being a visible No to marriage. But most women lived with stress in a subhuman state that itself was a disorder, indeed.  And the man?

Enjoying it all, as so often pointed out having a maid, servant, prostitute and care-taker all rolled into one, the “wife”.  A glorious state of affairs leading to a hopefully lasting exuberance multiplied and repeated with mistresses and concubines. Pathological.

But why call it a disorder when men see it as a lasting order?  Because of the effects on others, on the victims, on those whose suffering, stress, was and is the condition for his exuberance, glory.

What is PTSD for some may be PGED for others, as simple as that.

But that insight is lost by focusing on only one side, as so often done in Western thought.  We mentioned war, colonialism, patriarchy, think also of slavery and racism.  So much world history comes up triggered by these terms. But it is mandatory to see both sides.

Why?  Because to any PTSD it makes sense to postulate a PGED as a strong cause having that PTSD as effect. If we want to reduce the PTSD it is obviously insufficient to work on the victim side only, with therapies and remedies when PGED reproduces PTSD.  A whole system has to be changed.  And we have mentioned the names of some of those systems: slavery, colonialism and patriarchy changed or changing; war and racism continuing, to give more content to these assertions.

Take the war system, writing in Easter 2017, as alive as ever with threats of major wars in many places in the “Middle East” (West Asia), the USA-EU-Ukraine-Russia complex, and in the “Far East” (East Asia).  The relatively peaceful continents are in the “Third World”, Latin America-Caribbean and Africa; the enormity of violence against them being structural more than direct war.

In this there is a message to those who naively believe that “development leads to peace”; right now it looks more like the other way around.  Why, given all the suffering, the PTSD, caused by wars?

The world’s major war machine is the United States of America.  No US president winning a war has ever been blamed for human suffering caused. The crimes of a President Polk in the 1846-48 war, stealing more than half of Mexico’s territory, do not include human suffering. The war in Vietnam was lost, a terrible trauma for US leaders, population, and the bereaved of 58,000 killed. But not of 3 million Vietnamese? Grotesque insensitivity.  Questions raised were not about the political use of war but how to win future wars to overcome the “Vietnam syndrome”.

To win means collective glory and exuberance, individual profits in the billions high up, and some heroism glory and medals lower down. Of/from the millions killed and tens of millions bereaved: no word.

Try one minute, or an hour rather, to contemplate the total PTSD perpetrated by US warfare on the peoples of Afghanistan from 2001, and Iraq from 1991, and 2003. True, there has been no US PGED but even some US PTSD from the “unfinished wars” as CNN calls it. Also true, lots of US psychotherapy for PTSD has been made available both places.

But most in need of counseling are Americans hit by wanting PGED, demanding winnable wars as therapy; disasters to the victims all over, even counting in the millions, with enormities of PTSD in their wake.

We are victims of a negative psychology of individual therapy. And short on a positive psychology to provide work for negative and positive peace, for security and good relations to higher ups who want PGED. And to remove causes of war: unsolved conflicts and unconciled traumas.

Johan Galtung, a professor of peace studies, dr hc mult, is founder of the TRANSCEND Network for Peace, Development and Environment and rector of the TRANSCEND Peace University-TPU. Prof. Galtung has published 1670 articles and book chapters, over 470 Editorials for TRANSCEND Media Service, and 167 books on peace and related issues, of which 41 have been translated into 35 languages, for a total of 135 book translations, including ‘50 Years-100 Peace and Conflict Perspectives,’ published by the TRANSCEND University Press-TUP.

This is certainly food for thought for all the good it will do us, other than to help us better understand the mass malaise we are in. I say "we" because everyone I encounter seems to be suffering from an unknown sadness about how our once-proud American republic has been taken over by the corporatists powers. See http://www.huffingtonpost.com/cenk-uygur/corporatists-vs-capitalis_b_288718.html