Honolulu Rail: Rethinking a transit plan that should have been thought through to start with

I find it strange that there are not significant protests to the mismanagement resulting in the meltdown of the Honolulu rail project. The current re-thinking of the route demonstrates a massive and expensive #FAIL. Where are the crowds demanding that heads roll? Or demanding anything. It’s too quiet. Responsibility can be apportioned not only to HART but to our City Council and the Mayor’s office and Department of Transportation. It seems to me that taxpayers are owed not only an explanation—but a best-possible fix.

As citizens and taxpayers, should we just accept this debacle with a ho-hum attitude? It didn’t happen by itself, or by chance. It is not inevitable. Should we just uncomplainingly continue paying our excise tax surcharges without questioning the ability of our city government to handle the crisis that after all, they created?

It didn’t, and doesn’t, have to be this way. 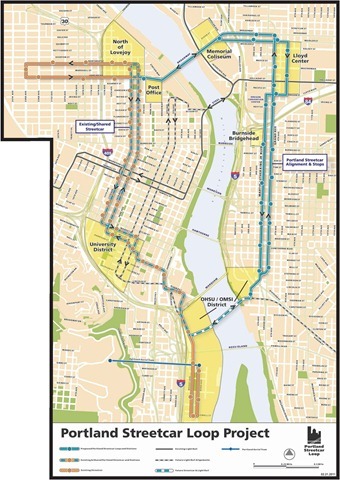 Let's see... Portland was to put in an extension to its light rail system at a cost of $44.3 million per mile. I didn't follow up to see if it actually came in at that cost, but anyway, note that this is a tiny sum compared to the current cost for Honolulu's fiasco-on-steel-wheels which is about $405 million per mile.

At that rate, will it ever be extended to (say) UH Manoa? I doubt it.

Besides, although the current single rail route was set in motion by political whim instead of by urban planning, at some point we citizens should elect representatives who believe in urban planning with citizen participation. Cutting the line short at Middle Street is not a “plan.” It would be an act of desperation.

The current situation should be a lesson. It should, but maybe it won't. I'm surprised that Honolulu taxpayers are so passive. In effect, we are allowing the City Council and Mayor to sneak into our homes at night and pick our pockets to pay for a system that profits developers and construction interests—and of course the politicians themselves, through campaign contributions. Why do we accept this?

We could have done a lot more with that $8.1 billion. Ian Lind discussed the AIA recommendation for light rail in an article yesterday. That recommendation should have been considered as part of a sensible urban planning process. As Ian notes, the AIA study was simply dismissed. 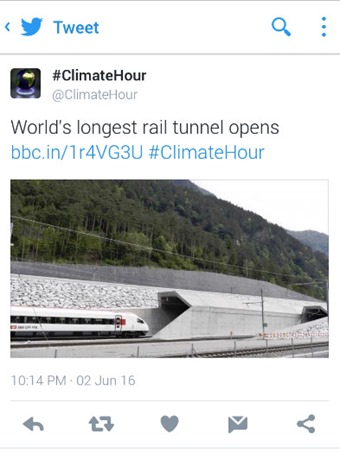 What kind of transportation can a few billion dollars buy? The just-opened Gotthard Base Tunnel in the Swiss Alps is 35 miles long and was completed for $12 billion. That's $343 million per mile. In other words, this engineering marvel—the world's longest and deepest train tunnel—came in cheaper than Honolulu's old-school overhead rail.

Of course, I'm comparing apples and oranges here. My point is that we're paying dearly for something that likely should have been recognized as a costly mistake had there been adequate planning in place (for example, a plan that didn't deliberately ignore the cost of dealing with electrical power lines along the route). If something plans out as a mistake, you don’t do it.

We don't need an overhead train system. We could use a system that (like Portland's) would be economically extendable to other parts of the island.

Portland's entire system, part of their overall city plan, has been designed with a "pedestrian first" philosophy. A light rail system fits that philosophy—riders quickly and easily get on or off the tram or bus. Stops can be added, subtracted or moved over time. Not so an overhead rail system. Also, as the video below mentions, it's fast and cheap (usually) to build a street-level system. Businesses are inconvenienced only for a short time and shouldn't go bankrupt due to the crippling construction obstruction that we are witnessing now in Honolulu.

Just a word about that pedestrian-first philosophy, because it illustrates the value of overall urban planning. From a 2012 article:

In downtown Portland, and in fact, in Portland neighborhoods, the pedestrian is the first-class passenger. That's the rule. You don't have to press a button to cross an intersection. There are wide sidewalks. The intersection timing is such that there's enough time to get across the street. We don't build huge, wide streets that are impossible to cross. There are a hundred little things that implement the common-sense policy that in a city, the pedestrian comes first and everything is organized around that.

In Honolulu, we expose pedestrians to unprotected crosswalks and other unsafe conditions, with the result that we set records annual for the number of seniors killed crossing the street. Crosswalk signals don't give enough time for those with walkers or canes to make it safely across. That's by design!

I mention this because I don't believe our transit plan was designed for the benefit of transit users. Our Departments of Transportation don't think that way—instead, the design will maximize the opportunity for development along the route.

That's not so strange given that (for example) our City Council members are beholden to rail and development interests. If our city government were looking out for our interests, the streets would already be safe and convenient for us to use. Bus routes would not be truncated. The Handi-Van would be an on-time and efficient service. Traffic laws would be enforced. We likely would not be looking forward to riding an inconvenient overhead rail system. It's all one fabric.

Finally on this point, please read my earlier article recounting how the rail route was chosen—especially note that it could have gone through Mapunapuna if Romy Cachola had prevailed at one point on behalf of a development interest. Where were we, the pedestrians/riders, in that planning process? We didn't exist then and still don't exist now. If the rail line should stop as is being considered at Middle Street, it will not be for our convenience.

E2 Transport, Portland A Sense of Place was a video that ran on PBS but is currently unavailable. I posted a snip of it in that 2012 article in order to demonstrate that a light rail system boosts retail along the route. Property values are increased. A light rail system could run all the way to Waianae, and could catalyze economic development the whole way. Stores, churches, restaurants and bars would spring up along the route.

Please see the article, but here is the video snippet again for convenience (press the thingy at the lower right for full-screen):