Video: “Why too many beneficiaries of the Hawaiian Homes Commission Act spend their lives waiting in vain for a homestead” at Kokua Council

History tells me that the Hawaii state government has no intention of fulfilling its federal obligation, which came with statehood, to uphold the Hawaiian Homes Commission Act. The act was passed by Congress in 1921. Native Hawaiian beneficiaries are still dying while on the waiting list.

It’s not that the state is falling short—the state is not even making an effort to comply.

To start a conversation, Kokua Council invited Moses Haia, the executive director of the Native Hawaiian Legal Corporation, to speak on “A lifetime spent waiting—why too many beneficiaries of the Hawaiian Homes Commission Act spend their lives waiting in vain for a homestead.”

Click the image below to watch the video of his presentation on March 28 to the regular meeting of Kokua Council. 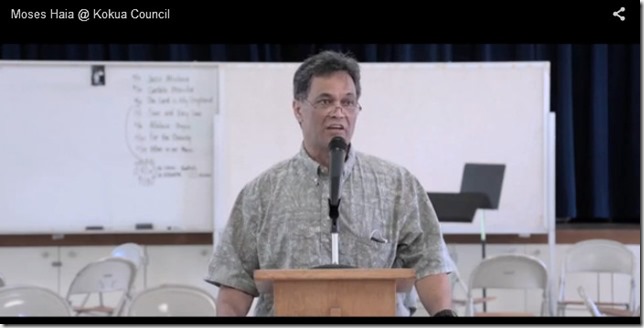