Could a President Trump or President Cruz round up and incarcerate all Muslims?


“
The Supreme Court never ruled that the laws the White House and the military used to incarcerate these people [Japanese-Americans during World War II]—that’s still on the books. As Justice Jackson, Robert Jackson, said, it’s a loaded gun on the Constitution—Richard Reeves, in Democracy Now interview, 4/11/2016
”


The question of whether Republican frontrunners Trup and Cruz could actually fulfill their threats to lock up all Muslims came up briefly in a Democracy Now interview in today’s program, which also touched on whether it is fair to use the term “internment camps” instead of “concentration camps.”

Click the image to go to the Democracy Now web page, which includes both a video and a transcript. 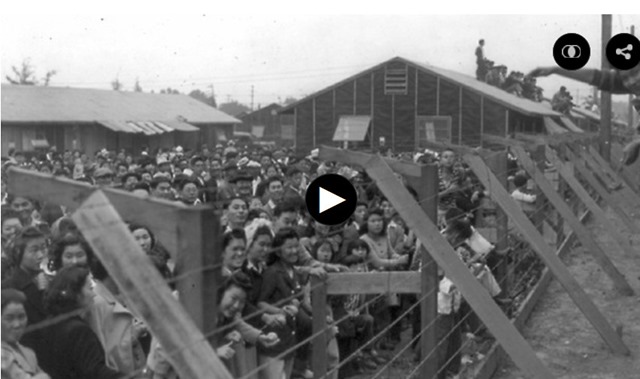