“
The response of homeless teenagers who admit beating up state Rep. Tom Brower reveals how entrenched a sprawling encampment in Kakaako has become, feeding the youths' alarming mindset that sidewalk squatters are entitled to the same expectation of privacy as property owners. They are not…. The Kakaako settlement must come down, and soon. In the meantime, a heavier police presence is necessary to ensure security—Star-Advertiser editorial, July 1, 2015
” 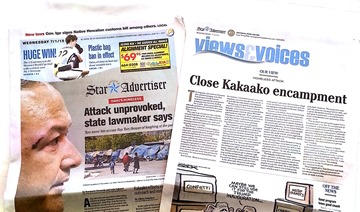 Today’s Star-Advertiser editorial came as a gift to one blogger, juxtaposed as it is with their main news story.

The lead story is headlined, “Attack unprovoked, state lawmaker says”—although there are still competing accounts of whether the assault victim, Rep. Tom Brower, did in fact, act provocatively.

Not that anything would or could justify the attack on him, but journalists are often accused of “stenography,” that is, simply reproducing an official’s line. That’s what they did here.

But then the editors pounced and demanded in their editorial that “The Kakaako settlement must come down, and soon.” As to needing policing, since the police have cooperated in illegally seizing the possessions of homeless people in the numerous raids, it doesn’t appear that they would necessarily have the trust of the community. Whether police would be viewed as oppressors or not, I do not know.

But why not assign police to enforce traffic laws? That would actually save lives. Guess what editors: the greatest lawbreakers may be drivers, including perhaps you, yourselves, or your staff, not homeless people.

Essentially treating houseless people as vermin has been a running theme in the media—the homeless are to be exterminated because they are in the way and do bad things in Waikiki. 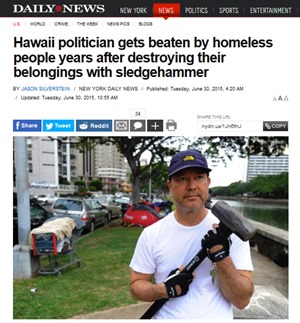 As to the question of whether Brower was in any way provocative, he is the currently the poster child for provocation against the homeless, not just here but nationwide. While again, there is no excuse for the assault, the question of provocation remains open at 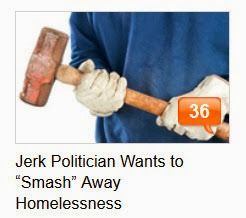 this point, and should have been treated with some editorial detachment until it is settled.

Here’s a message tweeted today by Huffington Post’s Arianna Huffington that could be addressed to either the Star-Advertiser editors or to Rep. Brower: 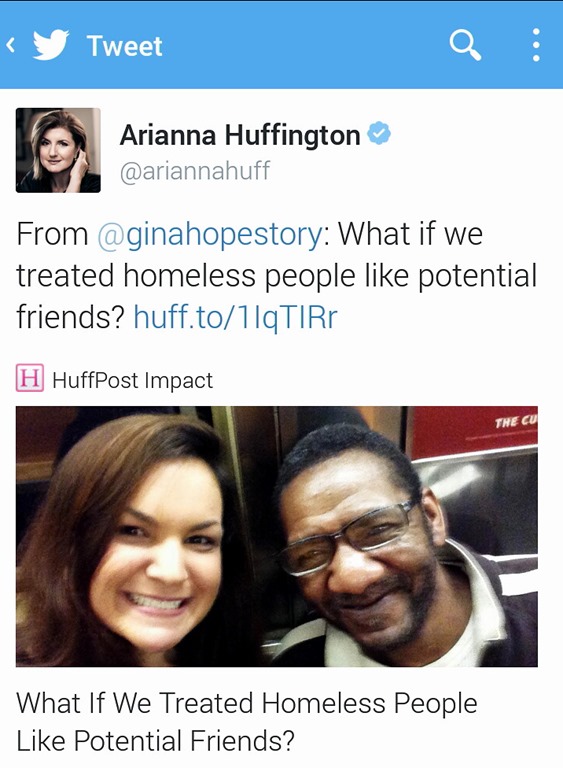 But that would perhaps be a stretch for the current editors. Still, they could give it a try. They have a lot to atone for: 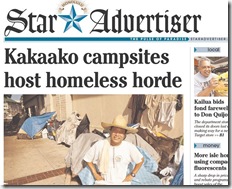 “Homeless hoard”! Shame on you, editors. 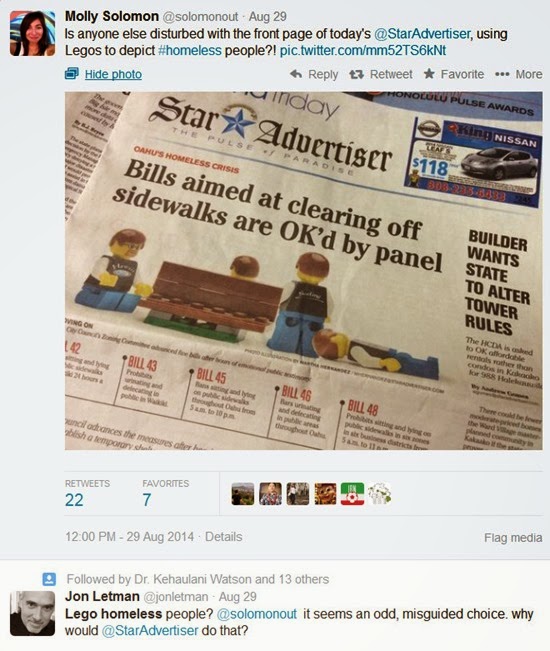 This journalist asked, “Is anyone else disturbed with the front page of today’s @Star-Advertiser, using Legos to depict #homeless people?!”

There are several things that really excite the editors, including any new condo for the rich or super-rich, which they feature prominently on the front page, often with an outsized graphic. The other is any move against the homeless: 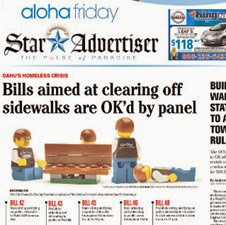 It’s somehow not news that the state and city government have failed to implement any workable plan to close the affordable housing gap, which is currently numbering in the tens of thousands of units and growing. Or that there’s always money for “cleanups,” and the newspaper coverage of that spending is at best simply matter-of-fact, not critical:

So, what if the paper were to treat homeless people, if not as “friends,” at least as fellow human beings?

If they did that, they might become concerned with the decades-long growth of poverty in Honolulu, of which homelessness is but one symptom. Instead of calling for extermination of the Kakaako encampment they might become advocates for Housing First and push both the city and state to get busy with it. They might become champions of legislative support for truly affordable housing in Hawaii and quit using the word “affordable” in deceptive ways in their news stories. They 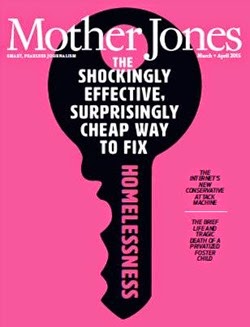 could become more critical of government housing policies that are failing the people, or are inadequate to solve the entrenched problems we all face in this state.

It’s clear that those living on the sidewalks, in Kakaako or elsewhere, have no better place to go. The editors know that clearing Kakaako of tents is the solution to nothing.

I’m sure that they won’t be happy until everyone camped in Kakaako is pushed out to the Waianae coast. They’ve never been too concerned about what happens out there. (Out of sight, out of mind?) It’s safely far from Waikiki and out of sight of their office windows.

There is another way. If only the editors would abandon the dark side, embrace the light of compassion, and realize the power they have to push for positive change: 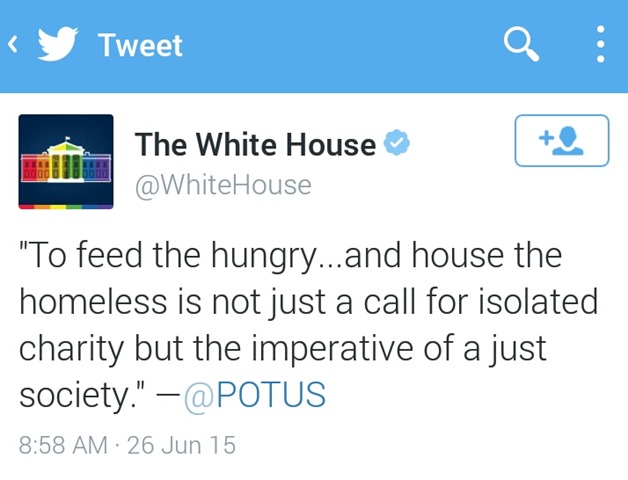