A Mauna Kea action against tourism could be the “nuclear option” 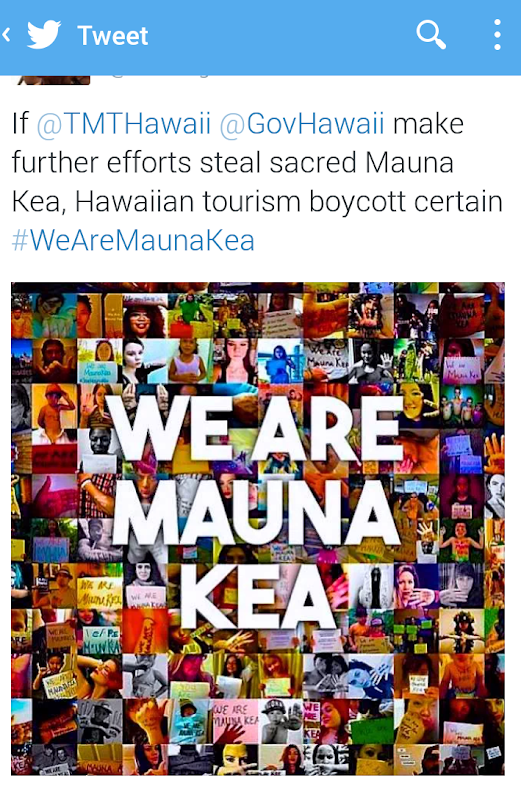 Have you noticed that no matter how severe the discrimination or the oppression, there are never demonstrations in Waikiki, for example?

I was curious and asked someone about this maybe 25 years ago.

As a newcomer I had previously been totally oblivious to Hawaiian history, the illegal overthrow and the near-genocidal oppression of Native Hawaiians. As I began to learn and question, I became both depressed and angry (still am both) that it was still going on.

So I did ask someone, several people in fact, how come there were never marches through Waikiki with signs and handouts (in English and Japanese) explaining the history and the current issue. Now, that, thought I, would get attention and maybe some action. Maybe you can tell that I’m from New York, because I was told that I was thinking like I had come from New York. Well, yeah.

I was thinking that demonstrations in Waikiki were sure to have or at least threaten to have economic impact, and that in turn would be sure to have an effect.

The responses were various, but as I recall, came to the same conclusion—it would be an extremely radical thing to do, and there would be certain retribution.

Yes, thought I, it would be radical. Of course, I had nothing at stake myself, easy for me to make this kind of suggestion.

I was also told (by a white guy) that tourists only see Native Hawaiians in the hotels, playing music and singing, or dancing at tourist luaus. So tourism was an important source of income on an island where there was not much better to do for a living. That income would be endangered.

Oh. Ok. What did I know. Or maybe it’s a guy thing, jumping to solve other people’s problems.

I obviously lacked then (and may still lack) a local perspective on these things.

So when I saw the tweet above, I was torn. Would the “nuclear option” be invoked, and if so, might it result in the kind of police brutality we’re observing reported in the national news these days?

On the other hand, maybe it could work, especially if there were signs and leaflets in Japanese? Hmmm. It’s not for me to say what should or shouldn’t be done. The New Yorker in me still hopes, though, that Hawaii might see progress against oppression through peaceful social action. Other cities across the country are thoroughly engaged, even if you never see a peep about it in our daily paper.  Why not here also? Is the time ripe?

I’m on the verge of doing what I said I shouldn’t, advocating for a particular (and potentially dangerous) course of action. I can’t do that, but I can worry what will happen should that risk be taken.

I do remember a newspaper picture showing cops clearing the beach encampment at Makua with guns drawn. I’ll leave you with that image.