“
Further, I encourage the Commission to propose a legislative package which addresses all of the specific practices or limits that it or its staff has sought to impose over the last several years. If the Ethics Code needs to be changed or clarified, the only proper place to do so is here at the Legislature.—House Speaker Joseph Souki
”

Sure. If the Ethics Code needs to be changed, leave it to the Legislature.

Reform bills seldom even get a hearing in our state legislature. Just as an example, what do you think would be the odds of this legislature passing a law to prohibit fund raisers during session? Ha.

In fact, of the 27 ethics bills listed on the Ethics Commission agenda (see very bottom of this post) none passed this session. (There are also three appropriations bills on their list). And that list is of just the bills that were granted a hearing.

So since the Legislature refuses to sharpen or clarify limits on its own errant behavior, it seems to be in the public interest to have a vigilant Ethics Commission staff. Les Kondo has been that vigilant watchdog. 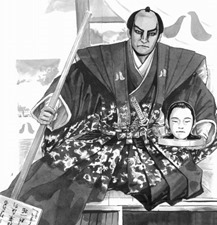 Recalling my comparison of our legislature to Japan’s feudal shogunate, it seems Speaker Joseph Souki wants Kondo’s head on a platter, which is straight out of the kabuki plays of the era. He wrote a letter to the Ethics Commission asking essentially that everything Kondo has done be reversed. On Wednesday Kondo’s evaluation comes up, so the timing is unmistakable.

If you want to support ethics in government, consider submitting testimony in support of Les Kondo and the work he has done to clarify and explain the law to our wayward legislators and others as necessary. The commission email is ethics@hawaiiethics.org.

As to the possibilities of this legislature improving its ethics record, let’s start at the top. The Speaker himself has held not one but two fundraisers during this year’s session, one with a suggested $1,000 donation and one here on Oahu, away from his district and constituents. Now, holding a fundraiser during session is not illegal, but shouldn’t it be? After all, matters may come before a legislator that directly relate to the interests of a contributor. As Speaker, Souki decides whether bills live or die. In our feudal system, he’s a powerful shogun.

It’s questionable whether those fundraisers are aimed at his constituents, one because $1,000 is pretty steep for most individuals, and the other because it isn’t in his district (or even on his island!). That leaves corporations, lobbyists and special interests.

I leave it to the reader to ponder whether a bill to outlaw the practice of holding fundraisers during session has even a chance in the House.

Speaking more generally, this is the legislature that wants free access to dinners and goodies that don’t come from their constituents, but are laid on in lavish parties thrown by lobbyists (see for example, here and here).

Absent limits in the ethics laws legislators would seldom have to pay for their own meals. Check this out (click pic for larger): 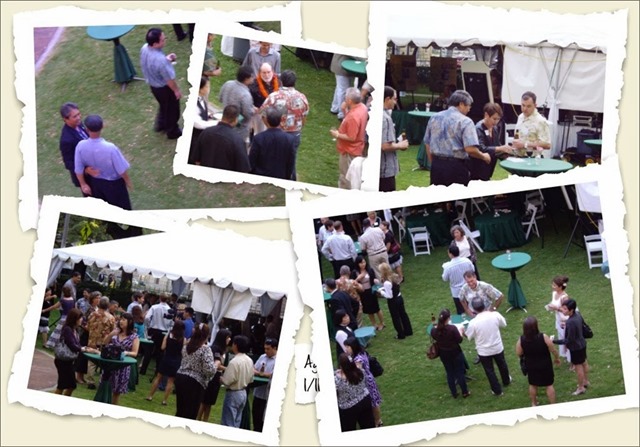 Those were some of the photos I shot of a shindig thrown for legislators by biotech industry lobbyists in 2012. Ultimately, the Ethics Commission decided that legislators could only attend if they paid their own way. And many did, so powerful is that lobby, and, no doubt, so appetizing was the menu, prepared by a superstar chef.

The need to enforce ethics laws should be obvious, but if not, check out this article showing how tight the connection can get between the biotech folks and those who are at least ostensibly “our” representatives. For me, if allowing an issue lobbyist to run your fundraiser is not unethical according to the law, then perhaps the laws do need revision.

Souki’s letter sounds to me like it comes from a kid whose party has been spoiled. So for doing his job, Les Kondo is apparently targeted for removal.

Below: Souki letter and Wednesday 5/27 agenda.