Cute giant floating radar “has been a $2.2 billion flop”


“
“The management of the [Missile Defense Agency] is one of technologists in their hobby shop," said L. David Montague, a former president of missile systems for Lockheed Corp. and co-chairman of a National Academy of Sciences-sponsored review of the agency. "They don't know the nitty-gritty of what it takes to make something work."

This leads, he said, to programs that “defy the limits of physics and economic logic.”

Of the SBX radar, Montague said: "It should never have been built.”
” 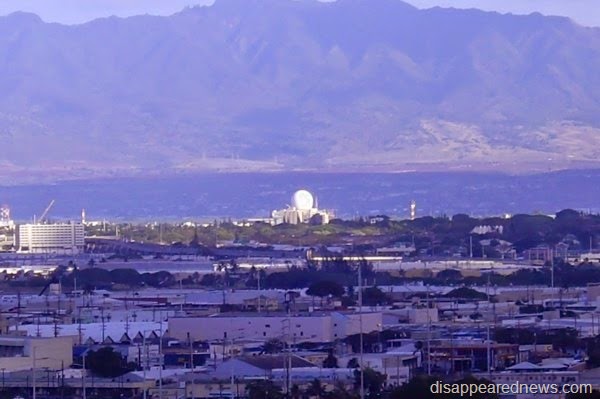 A Los Angeles Times investigation (the article has a better picture of the floating radar parked at Pearl Harbor than mine) found that the US Missile Defense Agency has essentially wasted $10 billion, of which $2.2 billion went for that cute spherical radar platform that adorns Hawaii’s Pearl Harbor like a pearl pendant.

The expensive bauble is said to be able to pinpoint a ping-pong ball 3,000 miles away and 250 miles above sea level. Or alternatively, to be able to detect an object the size of a baseball a continent away.

So while it might be appreciated by sports fans concerned with tracking missing ping-pong balls, it turns out that it can’t really track missiles, which is what it was supposed to do. The field of view is too narrow. When its eye is on the ball, it misses everything else in the stadium.

Although it can powerfully magnify distant objects, its field of vision is so narrow that it would be of little use against what experts consider the likeliest attack: a stream of missiles interspersed with decoys.

SBX was supposed to be operational by 2005. Instead, it spends most of the year mothballed at Pearl Harbor in Hawaii.

The project not only wasted taxpayer money but left a hole in the nation's defenses. The money spent on it could have gone toward land-based radars with a greater capability to track long-range missiles, according to experts who studied the issue.

The article describes an agency that can’t manage to evaluate technology, but which has access to billions of taxpayer money. Basically, that money was a gift from the Bush Administration to defense contractors. The projects described are useless and expensive, and of course no one is being held responsible for tapping our taxes to build them.

I notice several days ago that the SBX radar was still in Pearl Harbor, not deployed near Alaska's Aleutian Islands where it could keep track of North Korean sporting events. The cute little sphere seems to have retired in Hawaii. At public expense.