It wasn’t supposed to be “disappeared news” but it is. 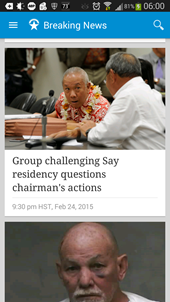 and in my phone in their app, so I figured the story would be in today’s paper and I didn’t have to post it. Besides, you saw the report first on Disappeared News here on Sunday.

But so far, the story has not appeared in the paper.

Yet, because it is an AP story, it has popped up nationally (see images below).

The AP story confirmed that Representative Karl Rhoads, appointed by Speaker Joe Souki to head the committee hearing a challenge to Rep. Calvin Say’s qualification to hold office, did, in fact, turn information over to Say’s attorney that Say then used as evidence in his submission to the committee.

Rhoads said he shared that information with Say, and Say's attorneys submitted the information to Rhoads' committee as evidence discrediting the voters' claims.

As reporter Bussewitz noted, the information doesn’t invalidate the complaint as there are four other voters still living in the district.

[Attorney for the challengers Lance] Collins said the two voters lived in Say's district since the complaint was initially filed, but they later moved. He questioned why the voters' full names, addresses, phone numbers, emails and birthdates were not redacted in Say's submissions to the Legislature, which later became public documents. Collins said in a letter to the House speaker that releasing that information qualifies as a misdemeanor.

Since the chair of the investigating committee proactively searched for and released information only to one side, that would seem to place the fairness of the entire process in question. This issue should not be “disappeared.”

"There's also a question about whether the committee is actually investigating, or if this is more along the lines of some kind of cover-up or whitewash or checking a box off to make sure it's done," Collins said.

Related: Hidden in plain sight: the workings of the House committee to investigate Calvin Say’s qualifications to hold office (2/24/2015) 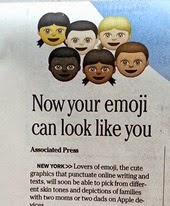 Although the Star-Advertiser did not run this story, it has appeared elsewhere nationally. (Hint to Hawaii state legislators: people are watching what you do.)

(The S-A did find space today for the important AP story Now your emoji can look like you.)

Here are a couple of snips: 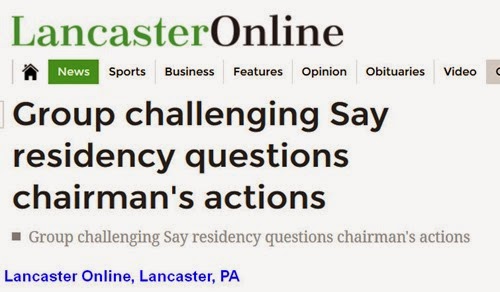 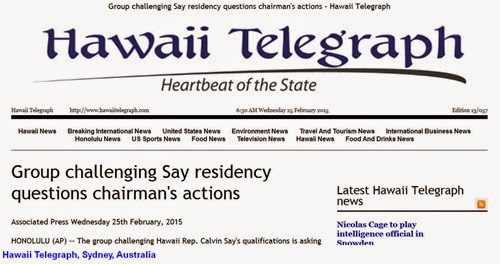 (the Hawaii Telegraph appears to be produced in Sydney, Australia!)

(yes, these appear to be related, and for some reason the story is big in Indiana)