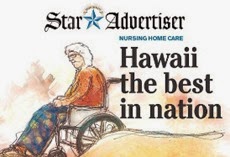 It is good news, but it’s not true.

Hawaii is not the best in the nation. Washington DC is the best. The headline is false according to the story underneath on the very same page.

Eighteen of Hawaii's 46 nursing homes, or 39 percent, received five stars, the highest score under the Centers for Medicare and Medicaid Services system.

That percentage was higher than the rates for the 49 other states and second only to Washington, D.C.'s 53 percent, according to an analysis of the numbers by the Hono­lulu Star-Advertiser.

Hey, number two is not at all bad. Note that Washington DC got 53 percent, we only got 39 percent, though. That sounds significant, and it’s too bad that the editors can’t handle our relative performance in relation to the true “best in the nation,” Washington DC.

39 percent is just more than a third at the 5-star rating. Washington DC got slightly more than half. Any cook knows that 1/3 of a cup is quite different from 1/2 a cup. So crowing about being “best in the country” is even stranger given the gap.


Update: After posting this article I realized that the sub-head is also false:

The feds did not rate care homes. They rated only nursing homes. Getting the Hawaii Dept. of Health to first allow unannounced inspections of care homes and then to post the results on-line has been an uphill battle. 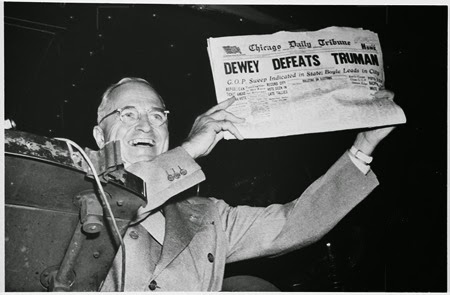