Alas, distraction after distraction. After being derailed from my research by discovery of Hawaii’s first (?) “Superferry,” I stumbled upon another transportation article which has local meaning. Well, for me, anyway. This relates to Mufi’s train. Will anyone ride it? Of course they will. People will ride anything. Here’s an early version of what Honolulu taxpayers are buying today: 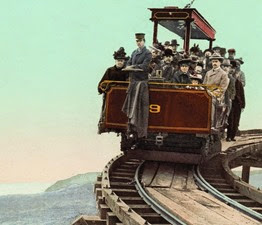 This picture, though it appears dozens of times on the web, may be copyrighted, so click on it for a beautiful larger version on the web page of The Appendix on-line magazine. The magazine home page (not the picture) is here. More information on the trolley line is here.

Will Honolulu’s rail line be as crowded as this?

I got to the web via a different route, checking on old articles about Hawaii, and just tripped on the photo above. What Google took me to was a page containing a newspaper cartoon from the New York Tribune: 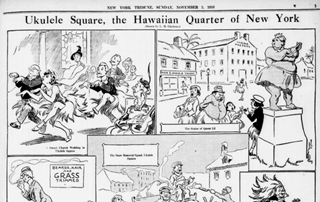 Again, click on the image or here to take you to the web page. 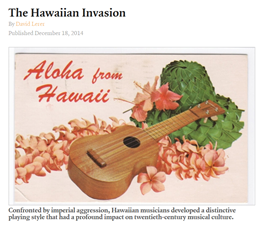 The page itself is much more interesting than just that cartoon, which is a minor part of it. The article is about the Hawaiian steel guitar, the ukulele, early musicians, and the invasion of Hawaiian music on the Mainland.

So it has been a worthwhile trip.

Where will Google take me next?