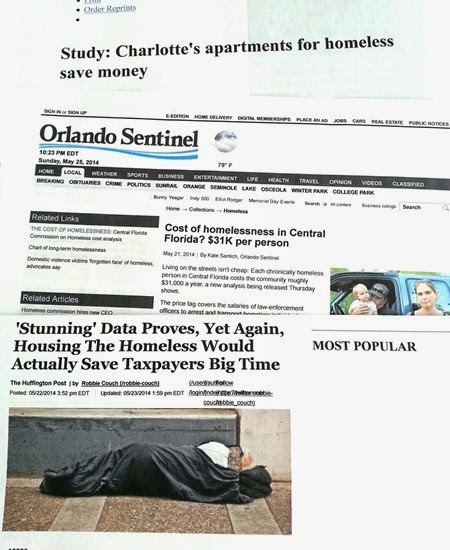 Here are a few of the articles in the pile of paper I took with me to HPR yesterday for my short spot on The Conversation.

At bottom is the Huffington Post article that linked to the Orlando Sentinel articles describing a study that showed that (in Orlando) it costs $10,051 to put a homeless person into permanent housing, while just leaving them on the streets costs taxpayers $31,065. (See lots of other links in the Huff Post article.)

For Honolulu, of course the numbers would be different, but where is our study?

(We do have a valuable white paper published by the Hawaii Appleseed Center for Law and Economic Justice: Alternative Approaches to Building Affordable Housing Inventories and Forced Relocation of Homeless Citizens. Check it out if you haven’t seen it. See also their paper: Accessory Dwelling Units: Expanding Affordable Housing Options in Hawaii or the summary, here. Their website demonstrates the tremendous work the Hawaii Appleseed Center is engaged in on behalf of Hawaii citizens.)

Now, one can’t necessarily fault councilmembers until we can see those plans spread out on the table. What will staffing be? Are people assigned to specific tasks? Is there a budget breakdown? Who will be responsible for what? Where is the timeline? How many people will be assisted into permanent housing?

Remember, the mayor’s earlier plan was unfunded. It turned out that he hoped to take money from the sale of public housing, and so when that sale fell through, so did the funding. Nor do we know much about what that plan might have been. 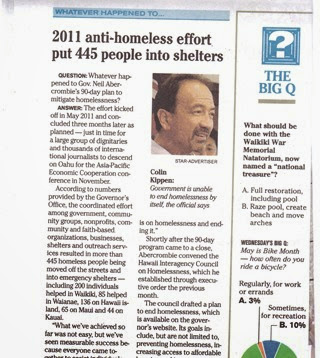 I also brought with me an article from p. A2 of Thursday’s paper describing how 445  people were “put” (that’s the word in the headline) into shelters just before APEC in 2011. The headline correctly describes the state’s effort as “anti-homeless” (rather than, for example, anti-homelessness) and curiously states that this burst of activity had nothing to do with APEC.

What I can’t post here is the editorial page article from the Star-Advertiser that compared homeless living in tents to cigarette butts on the beach. I crumpled that up loudly near the microphone to release my anger and get back to my planned remarks. It’s filed away in the trash can over at HPR.

So yes, the state and city are no doubt costing taxpayer money through their ongoing inaction, if one must look for an economic motivation to cover moral deficiency. Nor is the media helping much. 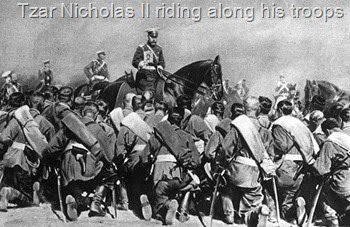 There are plans for a state program, and I don’t mean to imply that the homeless czar, Colin Kippen, is not working as hard as he can to make it happen. He is. But what is a czar without an army or provisions?

How long have we had homeless czars and to what effect so far? What has the state done for (not to) the homeless to date? Measurements are necessary to make sure that any program is successful.

Besides the possibility of saving taxpayer money if our state and local government would do their jobs, implementing evidence-based programs such as Housing First would have additional fallout for the rest of us in terms of public toilets and fresh-smelling parks and sidewalks. It could also help prevent adverse publicity that could impact the tourist industry.

So here’s a hint: if we citizens want our governments to act on this issue, it looks like it will be up to us to give them a good push. The Hawaii Appleseed papers could be a blueprint for action.