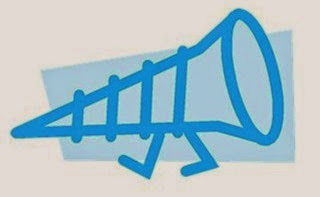 Q: How many legislators does it take to screw the voters?

A: Two: A committee chair and the Speaker of the House

I know that we can’t do much about abuses in Washington, but we can hold our own legislative leaders to a higher standard. We can hold them to their own standards, in fact. How radical is that?

Corporations have not (yet?) taken over the Hawaii Legislature. We, the people, are still supposed to have an opportunity to review bills and give testimony. This means, for example, that the Legislature should follow its own rules requiring public notice.

Check out the hearing notice below. The public was given exactly 21 minutes notice.

Sure, there must have been some argument for why such short notice was requested, but what about transparency and fairness to the public? Some of the bills on the agenda don’t look like breaking the rules is needed.

Update: Just after posting this article I learned that the House Judiciary committee posted notice of a hearing for SB2048 Relating to Cable Television Systems, just 61 minutes before it was to be held this afternoon. That hearing notice is attached at the very end of this article.

Why we should care

In the past, legislators have run roughshod over the public interest, so it pays to remain vigilant:

This [2006] session has been unusual in the number of procedures or rules that have been bent, each time with the effect of keeping the public in the dark on legislative activities.

Earlier that same year the public was royally screwed by the House.

A nasty maneuver introduced a 61-page amendment without public review, killing the gas cap law. We all have been paying for that at the pump, thanks to an undemocratic attitude that says "anything goes" if legislators can get away with it.

It was an expensive lesson for the public, but profitable for the energy lobby (and no doubt for the campaigns of the legislators they supported).

See the details below the jump.

A March 22, 2006 article, Capitol Crime, explains how legislators connived with the energy industry in Hawaii to block the public from reviewing a bill or providing input to their decisionmaking process. This article refers to a bill that killed Hawaii’s gas cap. The language was made available on a Wednesday only at a legislator’s office, and only if you knew about it, for a quick-and-dirty joint committee hearing Thursday morning. With the office closed for the evening, no copy could be obtained. Clever, huh?

Thursday at 9:00 in room 312, three House committees will hear a Gas Cap bill. This should be a raucous public event, with gasoline-hungry consumers in one corner of the ring, the oil barons in the other, and a dozen or so legislators watching to see which side will come out on top. The trouble is, it won't be a fair fight. The House has rigged the match in favor of the oil barons
…
Normally, bills are introduced at the beginning of the session, go through several hearings, cross over, and are heard by the other house. Thursday's gas cap bill just came on the scene. The chase is on, and you are the driver.

First, you have to find a copy of it of course. You can only pick up a copy of the 61-page bill (yikes!) in room 314. Tough luck if you live on another island, in Waianae or the North Shore. You're not intended to participate, sorry.

If you can get one, speed-read it, type testimony at 1000 words a minute, then rush down to the Capitol to confront the oil barons who of course know exactly what is going on. You can bet they have copies. Can you win this high speed chase?

So the oil barons are prepared, the public is not. You can imagine what might result from this imbalance. May as well kiss your wallet goodbye, or just give Chevron your second mortgage and let them take care of it for you. Highway robbery indeed.

Honest, I don't know if this bill is a good one or not, I don't have a copy yet, and I can't get one unless I go over there tomorrow. I'll never be able to read it in time to prepare testimony.

The House cannot hold a "real" public hearing because the public doesn't have access to the bill that will be debated.

Killing the gas cap was no small thing. The public should have been given ample time to review the language and have a say. We were all cheated by the legislative leadership.

So we must remain ever-vigilant. Are we being cheated again? It’s hard to tell with only 21 minutes notice.

Update: This is the 61-minute notice posted today. No rest for the weary:

These actions by legislators infuriate us and that's bad. But the real tragedy is that they demoralize us and lead to apathy and cynicism.