Civil Beat: When Does a Sweep Become a Raid?

A well-written article over at Civil Beat. Check it out. Snipping would spoil it, just mouse yourself over.

Civil Beat notes that other media have been using the word “sweep” to describe the, well, raids, on homeless encampments in Honolulu. 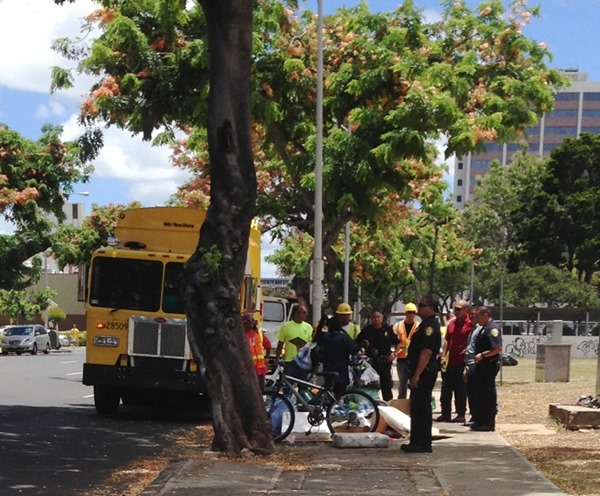 The garbage truck in this pic has exactly those items in it, according to those I interviewed in a park on S. King St.

When the height of the goose stepping exceeds 18 inches.