“ ‘WHAT HATH GOD WROUGHT?’ telegraphed Samuel Morse to his business partner Alfred Vail on 24 May 1844. Morse was in Washington, Vail was in Baltimore, and they were connected by a telegraph line constructed to demonstrate the power of telegraphy to Morse's backers in Congress. There were earlier experiments, but these resonant words – chosen from the Old Testament by the daughter of a friend of Morse – have survived as the first telegram.”—from a report in The Guardian

Final telegram to be sent. STOP

India, the last place in which telegrams are routinely sent, is to withdraw its telegraphy service this weekend

The end of the telegram appears to be this coming weekend. But who (outside of India), will care? I doubt there’s much nostalgia for telegrams outside of that country. Most people elsewhere have never received one, nor have their parents.

The prototypical telegram was a sheet of paper like this, with the message printed on paper tape and glued to the form (image via RadioFan) 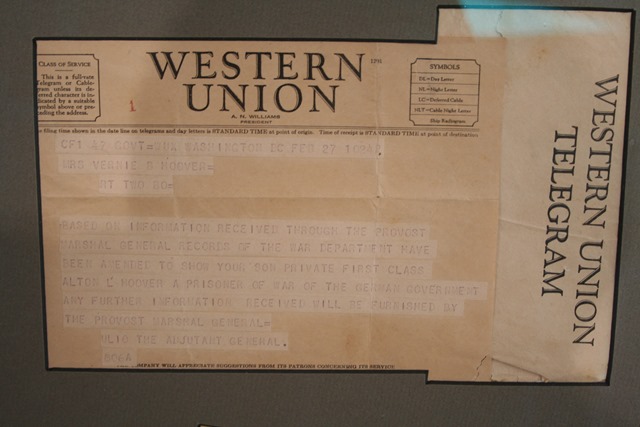 I remember many nights at home in Japan tuning my shortwave rig to the distinctive chirp of radio telegram signals (RTTY), hoping to catch something interesting. It was a hobby that required a bit of an investment, in those days, for an electronic decoder and quality shortwave receiver that would be stable enough to translate the weak and static-y signals back into letters and numbers.

I was hoping to catch news feeds as transmitted from reporters in exotic locations back to US news bureaus, but the first message I “copied” was from Prince Norodom Sihanouk writing from Pyongyang to his son studying in Hong Kong, in French. When I recently looked for it, the thermal paper had completely faded. Shucks, I should have Xeroxed it then to preserve it.

The shortwaves were full of RTTY signals. Anyone could play “NSA” and tune in—there was no privacy whatsoever in the system of transmission. Also, no guarantee that the message would be received at the intended destination, even if someone in another location could “copy.” Still, the international telegraph services were generally reliable.

Most of the traffic turned out to be wedding congratulations from India to family out in the diaspora. Thrilling news stories were few and far between.

Aside from those radioed messages from India, telegraph service was both highly reliable and extremely convenient. At the GE offices on Lexington Avenue, for example, there were thingies mounted on the wall, one for each telegraph service (RCA, Western Union, etc.). To send a telegram, the executive twisted the handle, which sent an electrical signal down to the annunciator panel in (say) the RCA office. The messenger rushed to the elevator and up to the office as fast as possible—because some executives were in the habit of twisting all the handles at once, and would give the message to the boy who showed up first.

On the other end, a messenger would try to track down the recipient. Not home? At work? The message would be delivered there, if urgent delivery was paid for.

At weddings and funerals in Japan there was considerable attention paid as congratulatory telegrams were read out loud to everyone in attendance, noting in particular if the sender was some significant personage.

The Guardian article comments on a similar but more interesting custom in India. Referring to the discontinuance of telegram services:

What a tragedy. For one thing, what would a wedding be without the best man reading out a fistful of lewd telegrams, with their evocative block capitals and air of having been pasted together from old newspapers?

I remember receiving one telegram myself. One day the doorbell rang. It was a messenger come to deliver a small official-looking envelope. Inside was a telegram from my calligraphy teacher informing me that regrettably the regular class set for the next day had to be cancelled.

The message was on strips of paper glued onto a telegraph form, just as in the illustration above. How amazing! A real, paper telegram. For me! Delivered by a real, live human telegraph messenger!

My calligraphy teacher was more old-fashioned than I had thought. A phone call to each of his students would have been enough, wouldn’t it? After all, it was the 1970s, and everyone had a phone…  but in retrospect, how hard is it to find people at home when you call? It’s better now, since we typically have phones attached to our bodies wherever we go, but before that, someone might have been out, and answering machines were not common. So I’ll concede that the sensei’s telegram made sense under the circumstances.

Receiving a telegram was a bit of a thrill for me. Before leaving the States for my assignment in Japan, I had written a prototype of what later became the first commercial email system. And here was a man at the door delivering a telegraphed message in person.

Which brings us to tweets.

Twitter has become the handy way for everyone, including the highest government officials, to “telegraph” their messages to the world.

It’s reported in the Washington Post, Democracy Now, and elsewhere that Alexei Pushkov, head of the foreign affairs committee of Russia’s lower house of parliament, leaked via Twitter that Edward Snowden had chosen his future country of asylum from US prosecution:

Alexei Pushkov, head of the foreign affairs committee of Russia’s lower house of parliament, tweeted on Tuesday that NSA leaker Edward Snowden had decided to accept Venezuela’s offer of asylum. Then, within minutes, Pushkov deleted the tweet.

Actually, there is a tweet from Pushkov still posted, dated July 9: 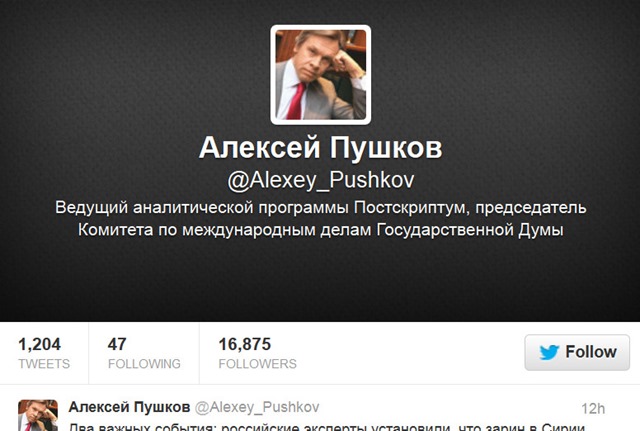 Telegrams and tweets have one thing in common. Brevity. From the Guardian story:

We also miss the compression that the cost of sending a telegram necessitated. Some of them make Twitter look verbose. "HOW OLD CARY GRANT?" a reporter cabled the Hollywood actor. "OLD CARY GRANT FINE. HOW YOU?" he reportedly replied.

The shortest telegram exchange on record is Victor Hugo's with his publisher: "?", he telegrammed when inquiring about sales of his latest book; "!" the publisher replied. The tale is sometimes attributed to Oscar Wilde, underlining how much of telegram lore has become mythic.

"EVERYTHING IS QUIET. THERE WILL BE NO WAR. I WISH TO RETURN," cabled Frederic Remington to newspaper magnate William Randolph Hearst in 1897. "YOU FURNISH THE PICTURES, AND I'LL FURNISH THE WAR," Hearst is supposed to have replied. Print the legend.

What better way, in 2013, to get the word out than to tweet it from the smartphone in your pocket? Twitter can be used both to reach individuals and populations. For immediacy, if not often for accuracy, it surpasses any other medium for reporting the news.

The tweet is in, the telegram is out. I’m amazed at the changes I’ve witnessed in my lifetime.