Is an amusement park in Kakaako the best thing for the neighborhood?

Can I be the only one who thinks that placing an amusement park in Kakaako is wrong, wrong, wrong?

Looking at today’s front page (Amusement park in Kakaako gets green light from state) I couldn’t help wondering how (or if) urban planning woks in Honolulu. On the other hand, the article indicated that the project received strong support at two public hearings. 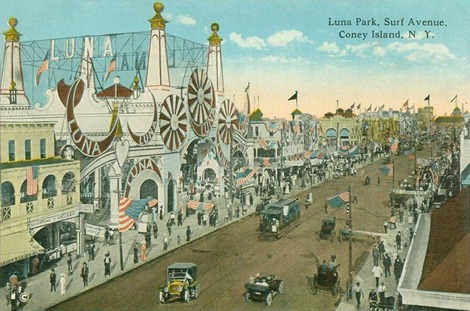 Let me tell you about amusement parks. We lived in Coney Island. The area around the various parks was not the best. The rides were successful until better transportation made other vacation destinations more accessible and appealing than overcrowded Coney Island. No, the planned park is not on the same scale as the Coney Island parks, though it is proposed to have a 100-foot tower and be open (and noisy) until midnight.

Would the residents of 690 Pohukaina or the other high-rises planned for the area like the noise, crowds and traffic created by an amusement park (potentially until midnight)?

Or would they prefer something like Seattle's Pike Place Market or Sydney’s The Rocks Market, that would be classy and useful for nearby residents and an asset to Honolulu?

The Rocks Market includes a distinctive mix of arts and crafts vendors now coexisting with regularly scheduled weekend and farmers markets. Replicating this concept in Kakaako could give the neighborhood and the city a development more in line with what I believed the state had in mind for the area.

In other words, invest sensibly in developing the area, don’t cave in to any developer who comes along. Just say “no” for a change.

Yeah Amusement Parks in Hawaii....hmmmm...Castle Park, Hawaiian Water Park, some grand scheme at Aloha Tower that was supposed to generate large numbers of visitors (more like displace them from Waikiki).

Whose approving these developments anyway ?

So out of touch with what Hawaii needs right now. Are the locals going to be able to afford the fees ? Do we really need an amusement park to enjoy Hawaii's outdoors ? How about just open space ? Or maybe an urban garden ?

My opinion, Intergeneration Center (Kupuna - keiki)would be something to consider.

Thanks Larry for picking this topic.

I went back to HCDA's website and tried to work through the vision-related material to see if there was a nexus between an amusement park (actually something less than a full-fledged amusement park) and the future of the Third City ( name that still cracks me up.) I couldn't find anything that explained how the park advances the mission of the planners for Kaka'ako. One thing struck me - we refuse to identify a suitable paradigm for Kaka'ako. As you mentioned there are many models from Sydney Harbor to Fanueil Hall to Pike's Market to areas in Dusseldorf and Italy and all over the world. Why must we try and re-invent the wheel when so far our only brilliant concept is to lease land for Japanese wedding chapels?


I forgot about that wedding chapel. Thanks for mentioning it. Again, there's nothing intrinsically wrong with a wedding chapel, but how does that fit in? Couldn't (and shouldn't) we do better?


No to the amusement park along with high rises for that area. Seattle and Sydney set good examples. Seattle is replacing the highway and bridge along the waterway with a tunnel. Here in Hawaii, it always seems to be "fast buck" time. Why a Japanese Wedding Chapel? There are plenty of churches available!


Tawdry is my first thought. I'm from New York and my father used to say about overly bright light that it was "lit up like Luna Park" To have bright lights on the shore line will ruin the peace of the area and may hurt sea birds.