Doug Matsuoka has been live streaming the at the loading area in front of the State Capitol where a shuttle bus is loading state legislators to take to the lobby-sponsored “Taste of AG” event today. Link: http://t.co/6ILldDm2BY

Here’s some “live snipping” from the video stream. 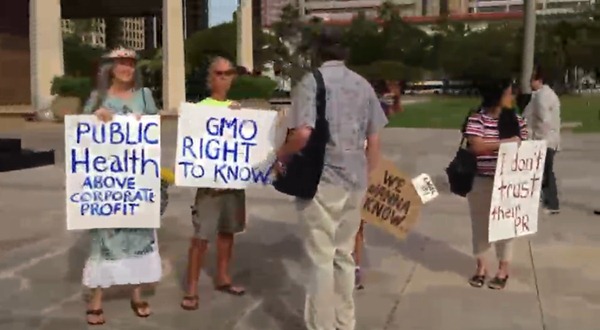 So far, few legislators seem to have shown up (?). I’m sure we’ll have more info later. 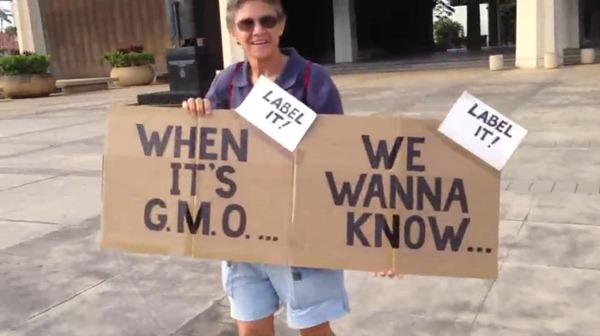 Bus boarding, but hard to identify any legislators in the small group. The bus appears to be mostly empty. 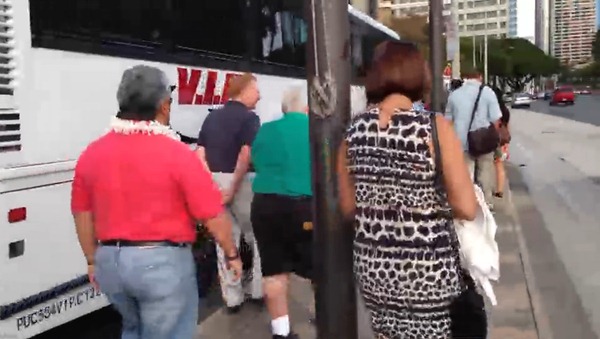 Bus departs for Kunia farm. Doug hopes to meet them there with his video camera. 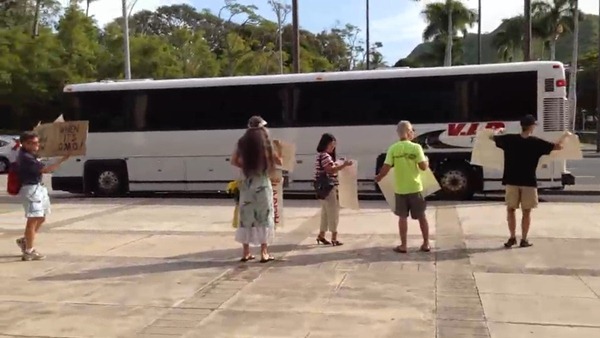 Legislators can also drive directly to the farm. If the sparse bus ridership is any indication, they’ll all be able to enjoy seconds for dessert. 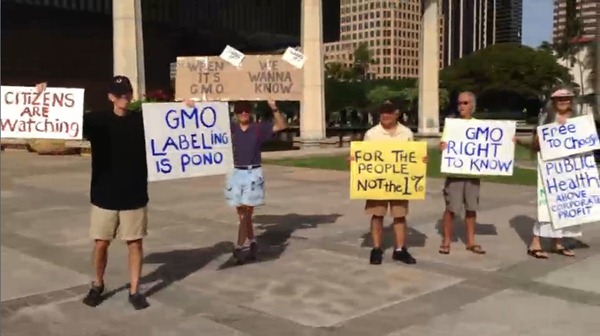 Yes, citizens are watching. So were a trolley-full of tourists.

Big pile of leis remains behind, no takers. 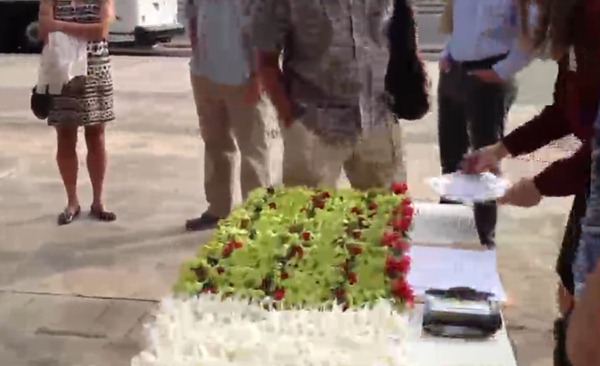 Getting unused leis out of camera view? 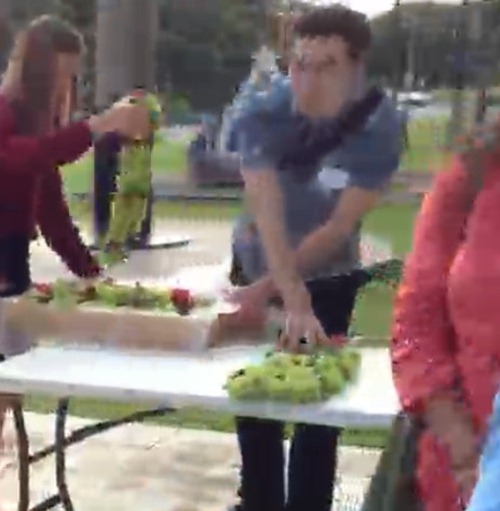 Probably just putting them away as the bus departs.

Actually, in reviewing the live stream video, I didn’t recognize any legislators at all. But I wouldn’t know the newcomers…


Picking up Doug’s video stream again at the Kunia event, of course the protesters were not allowed in… 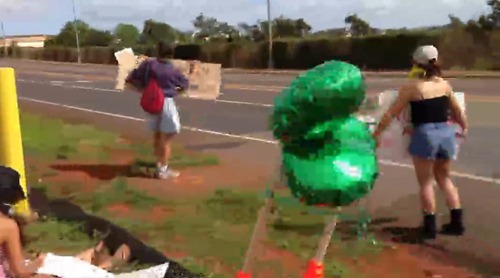 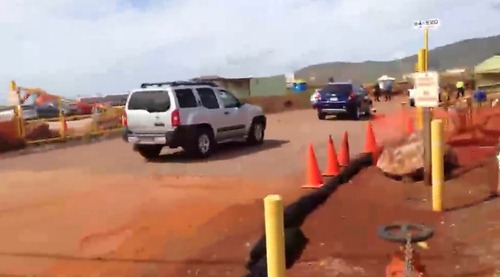 Security (and HPD) coming out… 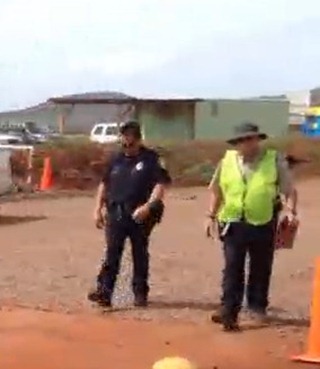 From the audio, I gather that attendees could not be identified, but the vendors who were supplying the event could… so perhaps we’ll hear more later about that.

Great job you guys. Thank you so much. Guess the little piggies were sneaking in for the food. Do you think they were told to drive directly there or figured out the should do that?


I watched Doug's video and clearly there were dozens of lei ready and waiting. Also pages of name tags (which were quickly hidden from his camera). I saw only 3 people receive lei (have to assume they were either legislators or leg staff). So I concluded (perhaps wrongly), that the remaining folks who had RSVPed had changed their minds...perhaps because of the picketing and/or the video camera?


Mahalo for the "live snipping" Larry! I edited from the bus pickup and "unofficial" welcoming committee at Kunia in this video:
http://youtu.be/1Esiu0Z0Cls

Interestingly, as this GMO lobbying event was going on, there were two anti-GMO/GMO labeling marches happening on Hawaii island; one in Hilo and one in Kona. I heard there were a thousand in the streets in sleepy (and usually rainy) Hilo, my hometown. Now, will politicians hear, or is it only money that speaks to them? And we can't blame lobbyists for buying favor if it's the "law makers" who are selling.

Yeah, this was probably one of the few chances Neighborhood Board members get invited to that has really good grub.