In case you couldn’t make it to the State Capitol for the largest and loudest rally of the new legislative session (ok… it was on the first day of the session, but still…), Doug Matsuoka has documented part of it on YouTube. With permission, here it is.

There’s no doubt (in my mind anyway) that the size of the rally, its diversity and the fervor of the speakers influenced Governor Abercrombie to issue his statement the next day equivocating on the Public Land Development Corporation. A couple more rallies like that one and the PLDC is doomed but for his possible veto of the repeal of the enabling Act 55.

I put Vandana Shiva’s talk first. It’s short and good listening. The second video covers the march from the University of Hawaii to the Capitol.

Both are great expanded to full-screen. 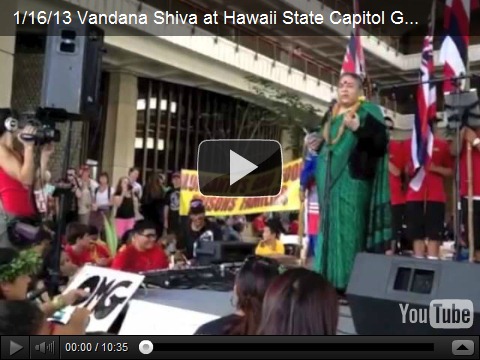 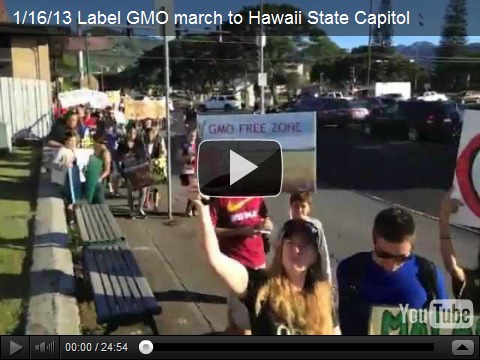 March to the rally at the Hawaii State Capitol Jan. 16, 2013
This work is licensed under a Creative Commons Attribution Non-commercial Share Alike license.

Abercrombie is backing down because he fears impeachment. Once the two (to be feared) attorneys Bronster and Hempey filed suit against the PLDC, is when the little man starting looking for the door.

Please donʻt be persuaded that there is any ʻcoming aroundʻ or ʻseeing the lightʻ with abercrombie, heʻs had this plan to steal the rest of the Hawaiiansʻ land since (and before) he was mistakenly put in Congress. Then when the Akaka bill failed again, PLDC was the final punch.