This could not be funnier.

Disappeared News has pointed out that the settlement between OHA and the Governor gives OHA (not the same as the Native Hawaiian people, take note, OHA is a state agency) land that is not only in the tsunami evacuation zone but likely to be under water as the seas rise due to global warming. What kind of a deal is that?

It’s nice to see one’s point of view vindicated. In this case, there is an image on the city’s web page offering an app that helps users find out, though the geolocation capabilities of modern smart phones and tablets, if you are in an area where you need to scramble in case of a tsunami warning.

The example they show on the tablet screen—is the section of Kakaako where the new OHA land is located! That’s right, OHA has acquired ground zero for a tsunami evacuation according to the city website.

There could not be a more perfect illustration that this deal was all wet. 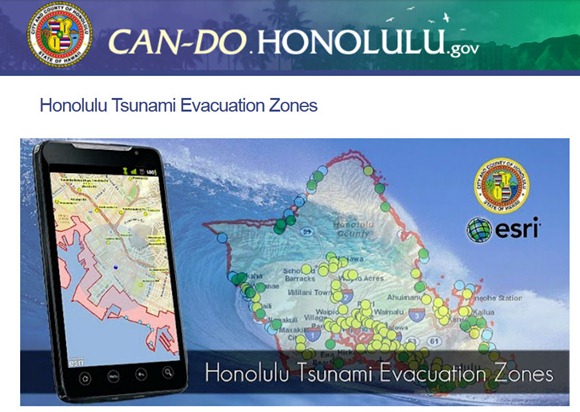 Compare with the OHA lands as shown in the Star-Advertiser:

Are you saying that history is repeating itself? US gives the least productive land to its original owners?


OHA is going to be okay. When the Akaka Bill is passed -- and as recompense for having been "duped" in receiving "the least productive land" -- OHA is going to build a high rise hotel-casino that can withstand a tsunami (e.g., vertical evacuation). It is no accident that super lobbyist Jack Abramoff worked for Native Indian tribes (highly recommend C-SPAN interview by Harvard Professor Lawrence Lessig) -- and Senator Akaka chairs the Committee on Indian Affairs. Is there a way to investigate whether Ed Case, Mazie Hirono, Linda Lingle, Dan Inouye, Neil Abercrombie and Dan Akaka have taken gambling industry money?


The kakaako land that OHA accepted in this ʻdealʻ was already theirs. Go figure.

They accepted lands that had already been classified as ceded lands.

are they that stupid? or crooked?