Eliminating the middleman 2—more about buying direct from China

I don’t like wearing wristwatches very much, so when I got a cellphone and it displayed the time on its screen, I just retired my wristwatches.

My current cellphone shows the time also, but the numbers are too small for me to see.

So I bought a cheap pocketwatch at Daiei.  I used it for years. Late last year, though, running hastily out of the house to get to federal court, I just threw it into my pocket without attaching the little bungee cord to my belt. Sure enough, getting out of the car, it fell out and the glass broke. 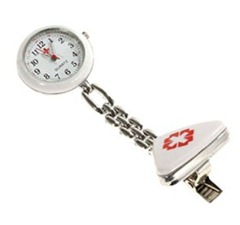 Daiei is now Don Quijote and they have no cheap pocketwatches, so I ordered a neat little “nurses” watch from one of the Chinese mail order places on the web. I think it set me back something like $3 including postage. The watch is upside down on a short chain. I guess it’s convenient for nurses to use while taking a pulse or something like that. Cool. It’s accurate, but a little small. 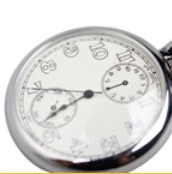 So I recently ordered another cheap pocket watch from one of the Chinese mail order places I mentioned in the previous article, DinoDirect.  It came today. It’s large, easy to read, the numbers are clear (better than the pic at the left), and it has these two extra dials. No instructions, though.  So I fiddled with it for a while, but the two auxiliary dials wouldn’t budge.

Getting out a magnifier (with built-in LED illumination, also ordered from China), I had a good look at it.

The two auxiliary dials are painted on.

Yup, they look great in the photo on the item web page, but it doesn’t mention that they are fake.

Caveat emptor. Or in other words, 買方照顧.

Assuming those are fake hands represent seconds, they are correct once every minute.


*representing* sorry for the typo