The Star-Advertiser needed to fill the editorial page space today that is normally occupied by Richard Borreca blasting the governor for something, and they chose a guest editorial headlined Put state on spending diet rather than impose soda tax (Star-Advertiser, 12/28/2011).

While it makes some arguments about the role of sweetened drinks that I’m not qualified to debate, it is basically the old right wing no-tax-increases, destroy-government mantra.

Where exactly is Hawaii supposed to cut its government? Shall we have 1/2 of the one ag inspector checking our farms? Should the Department of Health inspect restaurants every four years instead of every two?

The best and most effective job creator is government, so a very good argument can be made to reduce the damaging cuts and put people to work in this bad economy. To do that, it’s necessary to raise revenues. Also, right-wing critics seem never to argue against damaging social-service cuts, it’s always more cuts for them, cut, cut, cut, without empathy or common sense burdening their thought processes.

Disappeared News first suggested a soda tax in 2009. That article linked to an on-line calculator that is state-specific and allows policymakers to play around with various tax schemes. The full-bore tax-the-heck-out-of-every-sugary-molecule approach could bring in as much as $169,160,651. That’s extreme. The state’s proposal is moderate in comparison.

More articles on the soda tax idea are here.

The writer might have consulted the draft state budget for 2012, which indicates how the money for an augmented alcohol tax and new soda tax would be used. Here’s a table from the budget document for the Department of Human Services:

There’s a secondary effect to sin taxes that takes time to work. The constantly increasing tobacco tax, along with package messages and advertising restrictions of course, sent a clear message that smoking is bad and that society wishes to discourage it. Soda should be removed from schools (as it increasingly is), and even adding a warning label would not be totally outrageous. Increasing a tax on the stuff would help with the message. Like smoking, drinking empty calories is bad for you. 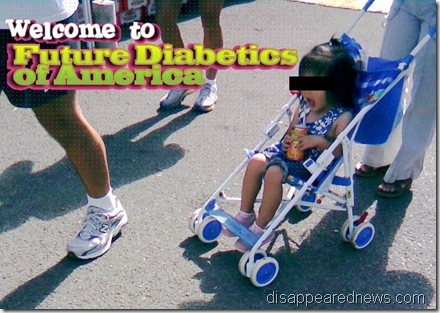 There is an argument that a soda tax is regressive. Diabetes is regressive. The 1% is certainly in better physical shape than the fast-food guzzling part of the 99%. Who has time for two jobs and visiting the gym as well?

Yes, a debate at the Legislature is very appropriate and there are differing points of view.

Pity that the newspaper needs to muddle the subject with a right-wing message.

Not a soda drinker, nor did I buy for my children, I would either ban or tax soda.


I had told my wife, "I wonder if the soda lobbying group had paid the professor for his comments". I agree with you; it's time for us to discourage soda consumption.


The right wing conservative world doesn't care what part of social spending is cut. They don't care who it hurts. Ask them to cut military spending or corporate subsidies? Nooooooooooooo, we can't cut corporate welfare. They need their gated communities, private jets and gold toilet seats to survive.


"The best and most effective job creator is government" -- This is a joke, right?


No joke at all. Corporations have no obligation to create jobs, and they have not done so. Their only obligation is to make a profit. During the New Deal it was government initiative that created jobs.

As federal funding to the states wanes, states are increasingly laying off government workers, which is a major contribution to unemployment. If bridges are to be fixed, if our infrastructure is to be repaired, if rail lines are to be expanded, the jobs come from government.


FIrst off, I wish you could tweak the software so no one's "name" would be posted as "Anonymous." It impairs effective debate. It would be better if people adopted a pseudonym, even if only for the same thread, so their ideas could be considered as a whole and it is easier to refer to a specific comment. Don't know if this blogging software has that option. If so, I recommend you make such a change. Now to the substance...


I am not a fan of this "soda tax" bill. Sorry, but it annoys me. Tax policy and decisions over how to raise adequate funding for legitimate public purposes is a serious enough question that it deserves serious consideration. This "soda tax" idea trivializes and evades that basic discussion. It takes advantage of the guilt many of us feel over soda and uses it as an opportunity to raise funds.

Taxing sodas IS "regressive." I rarely drink sodas. I drink water, coffee, beer, wine, an occasional tea and, on rare occasion, a shot of liquor. I dispute that "sugar-free" sodas are healthier than sugar-laden ones. It is an open question, to me anyways, whether the artificial sweeteners might not be actually more dangerous.

Yes, American kids--and Americans generally-- are often too fat. That's a result of overall bad diet, not just sodas, and not enough enjoyable exercise in "the Great Outdoors." American obesity is just one component of a complex American pathology. Food is now being engineered to hook consumers. You know this. "Food-like substances" fill the shelves, designed to have textures, colors, oils, salts and sweeteners to make us come back for more in order to maximize profits. (No, I am not knocking the profit motive. Just insisting we keep sight of that as the over-riding criterion for economic behavior, not meeting real human needs, like a healthy diet.)

I fully agree sodas should be YANKED out of the schools. Along with overly sweetened "fruit drinks."

But taxing soda in order to suppress its consumption, strikes me as arbitrary and "smug." It smacks of elitist, yes, "Nanny State" superiority, targeting "the unwashed masses" as a source of revenue because they are "ignorant" in their consumption patterns and "deserve" to have our preferred dietary restrictions imposed upon them.

I TRY to eat well. I patronize Kokua Market. This morning I squoze my own orange juice instead of drinking coffee. (Hey, shall we tax coffee more? Americans consume way too much coffee and the caffeine which passes through our individual and collective waste systems goes into the ocean in dangerous concentrations, endangering marine life). I confess that SOMETIMES when I go to the supermarket looking for what to eat for dinner, if Ben & Jerry's is on sale, I might end up finishing off an entire pint instead of cooking up something.

I support a carbon tax in order to minimize carbon pollution. Should we propose a broad "sugar tax"? How's about a "fat tax"? Either on the food, or perhaps more efficiently, upon people themselves? If we taxed people based upon the fat mass, wouldn't that be a helluva an incentive for people to start that diet well before April 15th?

Taxing soda just strikes me as a pathetic idea. The clear goal is to raise revenue in desperate times. It takes advantage of guilt and people's notions of dietary superiority in a fashion a bit too closely aligned with those who can afford to shop at Whole Foods, targeting relatively powerless people and is way too arbitrary as a "public health" measure.

There is plenty of REAL wealth in Hawaii. And more "rich people" are moving into the state all the time. We are becoming a second or third home place for many of "the 1%" as well as the 2 and 3%, who,sensibly enough, see Hawaii as an ideal place to live, either part time or to retire. We are one of the few states to give preferential treatment to capital gains, our property taxes are extremely low. There IS money in Hawaii. Our politicians and those truly powerful are reluctant to go after it. So much easier to target the schlub drinking soda. (It reminds me of the City hiking Bus fares to raise revenue. It is just so easy to pick on some groups of people who cannot fight back.