Our elected representatives do represent us, but they are supposed to conduct our business in the full light of sunshine. Backroom deals are the mark of corruption in politics.When the newspaper springs a new development story on us in blaring headlines, I wonder where the heck that came from. We the people are usually blindsided by the deals we first see in the paper.

One of those done deals we learned about in a headline inspired OHA Kakaako land deal may be all wet (11/17/2011). When I read the story, I wondered who, among the public, would have agreed with a deal involving land in the tsunami inundation zone.

A comment posted to Hawaii senate committee meets without public notice right before a fundraiser for its chair (March 31, 2011) just this morning rang an alarm bell. 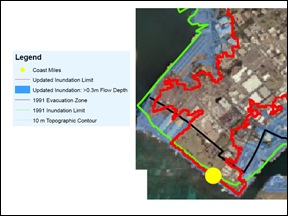 In the more recent OHA article I questioned whether the tracts to be transferred to OHA were substandard because they were in the tsunami inundation zone. Subsequent to that, I have tried to learn (as have some others who have emailed) what projections exist for that land to be under water as climate change alters the shoreline around Oahu. UH did the research and created the inundation maps. UH occupies the area in the center, the “high and dry” space on that Kakaako peninsula at left. The proposed OHA lands are on the wet side of the red tsunami inundation line. I might have to get my answer elsewhere.

More relevant to this article is the question of where this decision to transfer potentially substandard land to OHA was made, and was the public involved? Did they agree?. Certainly, Native Hawaiians, had they been consulted, might have grounds to object to this deal.  But again, what public participation was involved in making the decision? (And yes, I know that nothing is to be conveyed to Native Hawaiians, this is a government-to-government deal).

As Chair of the Committee on Water. Land and Housing, there is a considerable amount of work to
accomplish in order to improve our business climate for proper and responsible development while
protecting our natural resources. To date, my Vice Chair Senator Malama Solomon and I have
started to build a foundation for a progressive agenda to move Hawaii forward with land use
strategies, public private partnerships, and restructuring the departments within our purview.

With your help and financial support, my campaign will have the resources to communicate and
promote our agenda and accomplishments.

Whether or not the OHA wetlands deal was part of that discussion, it is clear that urban planning on Oahu is being conducted in the shadows of private deals made between government and the development cabal. The Honolulu rail project with its lush development opportunities has been criticized in a similar fashion.

I’m glad that the comment came in this morning for that earlier article. It should be a wake up call to us that politicians must be held accountable. The Senate clearly allowed its rules to be violated to facilitate a powwow with developers on the most critical decisions to be made for Honolulu’s future.

Instead of stimulating our state economy, these clandestine development plans could destroy it. See this earlier article on Honolulu’s growth folly. The image below is my rendering of “Waikiki 2050 with train.” 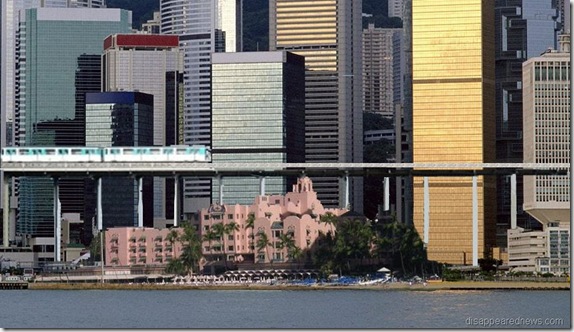 Wow, Donovan's fundraising letter was a pretty blatant appeal for corporate underwriting in exchange for serving the interests of developers."Hey, if you want me to continue using governmental power to create money-making opportunities for you, you should pay to keep me in office."

I'm sure it is a very good investment and the developers will make back a heckuva lot more money than they put in. At the public's expense. But that what we get for putting people like Donovan Dela Cruz and Malama Solomon in charge of making decisions of this sort. And for refusing to move towards the public financing of elections. Taxpayers may pay for a legislators office, staff and salary, but when the major share of their political career is paid for by special interests, of course they are going to be loyal to those who keep them in power. Rightwingers like Sam Slom BELIEVE politicians should be bought and sold on the Free Market, but what excuse do the rest of us have for allowing political careers to be bought and paid for by private money?

Here's another question: to what extent are Dela Cruz and Solomon acting as agents of the Abercrombie administration in all this? The rhetoric about "public-private partnerships" could have been lifted from recent Abercrombie or Richard Lim speeches.

It's worth remembering that Malama Solomon is in the State Senate ONLY because Neal Abercrombie put her there.