Honolulu has a "smash-and-grab" burglary problem, but there is a solution

Honolulu has experienced a wave of "smash-and-grab" burglaries that is costing businesses expensive repair charges -- and which actually often net very little for the burglars. Basically, the doors or windows of a store or restaurant are smashed in middle of the night with rocks or by crashing a vehicle (usually stolen) into the storefront, then the thieves make off with cash registers or items of value.

A Star-Advertiser story (paywalled) reports that there have been 577 of these so far this year, as compared with 603 last year. That's a great increase over what was already a disturbingly large number of robberies.

Footage from a surveillance video camera at the cafe showed three men entering the restaurant. Based on the footage, the burglary lasted about 1 minute and 15 seconds.

They just smashed the door, grabbed whatever they could get and left, said assistant manager Asia Gosnell. “If anything, I think the glass for the door is going to be more expensive than what they took.”

The glass door at Sophie’s Gourmet Hawaiian Pizzeria located next to the cafe also was shattered. Nothing was taken from the pizzeria.

Bandits also shattered the glass doors at Daiichi Ramen and BB.Q Chicken at Kuono Marketplace, a neighborhood shopping center that opened in Kahala in 2021.

Paul Ke, owner of Daiichi Ramen, said thieves took a cash register from his restaurant at about 2:15 a.m.

Ke said he wants the marketplace property management to hire additional security guards to patrol the grounds, especially after midnight.

The latest string of burglaries occurred following a series of smash-and-grab burglaries at other eateries at shopping centers and strip malls around Oahu in recent weeks and months.

If a burglary can be carried out in as little as a minute and 15 seconds, hiring more security guards may not be the solution -- thieves will learn to create a diversion and then hit the stores.

The Web is full of examples.

Here's a "before" picture: 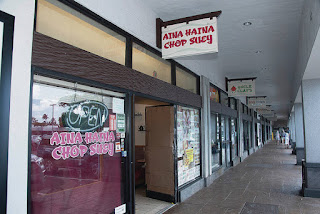 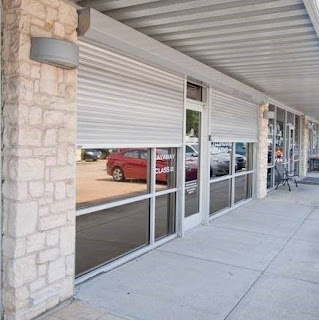 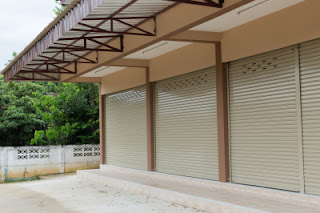 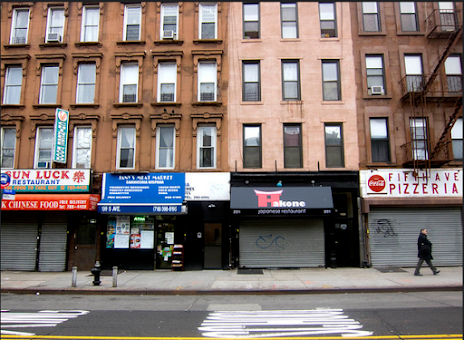 The steel gates also block views of what's inside, perhaps reducing temptation, and may provide some protection against storms or hurricanes.