Hawaii’s economy was in bad shape for most of its residents even before the coronavirus crisis hit. Homelessness is the most visible symptom, but even those able to keep a roof over their heads were struggling. Young people fled to the Mainland where there were better paying jobs and a lower cost of housing and living. Housing is needed at all income levels, not just for those experiencing homelessness. 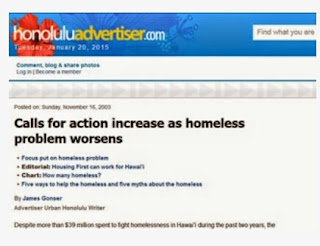 Homelessness was recognized as a crisis in the newspapers in 2003 or earlier. Yet here we are, 17 years later, and the crisis has only deepened. Gentrification has provided housing for the ultra-rich and for foreigners who live in Hawaii part time.

State and city government and the news media persist in defining the “affordable housing” needed variously up to 140% of Area Median Income while those who are homeless or on the verge of homelessness require housing at about 33% of AMI.

Despite the “calls for action” since 2003 there is still no plan to resolve the crisis of homelessness in Hawaii. Given soaring unemployment due to the coronavirus crisis we may experience a homelessness increase greater than that during the Great Depression.

Even without the virus, rents continue to spiral upwards as wages stagnate and costs of living here increase inexorably.

We are continually deceived by “solutions”. Housing First is proven to work but our leaders ignore this. Every so often a news article announces that some building or facility is to be purchased to house the homeless, but at the same time the failure of this approach to create the 20,000, 24,000 or whatever number of housing units are currently cited as needed is never noted.

Nor will the outrageously expensive Honolulu Rail project produce needed low-cost housing. Typically nearness to rail stations increases rather than decreases the cost of housing, and developers are not going to give up their profits for any just cause. Rather than “Transit Oriented Development (TOD)” we are more likely to get “Developer Oriented Transit (DOT)”.

Yet there are innovative solutions. I just want to thow this idea out as a possibility, not as a panacea. We are unable to innovate our way out of this housing crisis, but others are making small inroads. In the news recently is a way to build small homes rapidly for about $10,000 each. We would need plenty of these to make a dent on the need here. but still, perhaps it would help. Again, this will not be the solution because it is not a systemic remedy, does nothing about low wages or high cost of living, and would require more dedication to solving our problems than our state and county government have been willing to give. I just mention it so it won’t go unnoticed.

The title of this article is clickbait. If I write about homelessness no one will click. But here we go, you clicked, I reveal:

3D printed homes for families in need of shelter 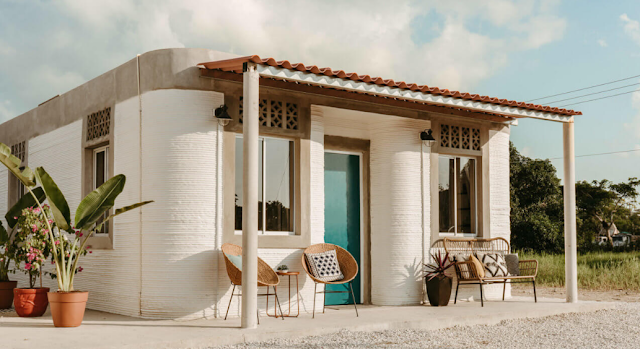 Quality housing was built for a community of 50 families in Tabasco, Mexico, who are living on less than $3 a day. Perhaps we could make use of this technology in Hawaii as well.