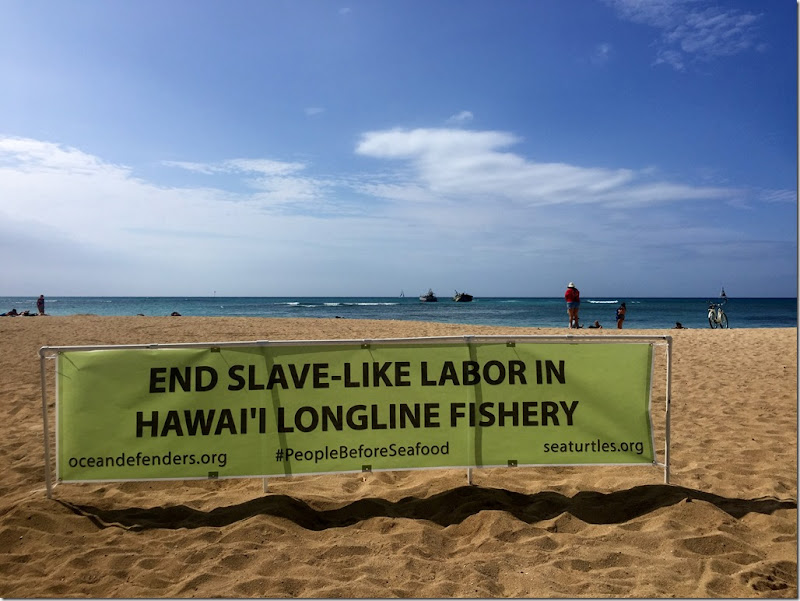 The Turtle Island Restoration Network and Ocean Defenders Alliance placed a banner on Kaimana (San Souci) Beach yesterday morning to call attention to the plight of foreign fishermen in Hawaii’s longlines fishing fleet. The banner was still there this morning.

Kaimana Beach is the site of the grounding of the Pacific Paradise, a Hawaii-owned fishing boat that grounded under strange circumstances on October 11. The wreck is still on the reef where it endangers swimmers, may be leaking fuel oil, and has destroyed a substantial amount of coral. 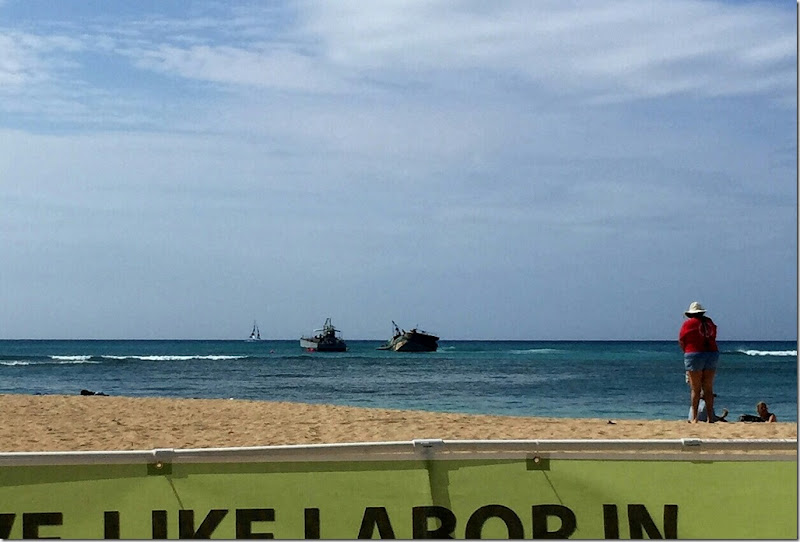 The boat included 19 fishermen from Vietnam, Indonesia, Philippines and Kiribati and an American captain. No one on the ship called for help when the ship ran aground in the night. The wreck was not discovered until daylight the next day.

Civil Beat reported that the rescued crew members were taken into custody by U.S. Customs and Border Protection and then released to the boats that had contracted for their labor.

The Department of Land and Natural Resources will next issue fishing licenses to the men—in violation of Hawaii law, which prohibits the issuing of licenses to those not in Hawaii and is the root of an ongoing legal challenge. Without even the requirement that the men be able to read the contracts they will sign they will work confined aboard the other fishing boats for the duration of their contracts with the owners.

Salvage has proven difficult and the ship remains an eyesore and potential hazard off the popular swimming beach.

The wreck and the banner serve as reminders that Hawaii seafood is being caught not by local fishermen concerned with conserving the ocean’s limited resources but by exploited foreign labor often paid starvation wages and working under abusive conditions.