Who is the “shogun of the House?” in this old diagram, the face is still Calvin Say’s, but the current shogun is Speaker of the House Joe Souki. Yeah, I’m still pushing my analogy of the Hawaii state legislature as the Japanese government during the feudal era.

The legislative calendar is at a crucial phase in which bills are assigned to conference committees which meet behind closed doors, out of public view, to impose the intentions of the powerful leadership on each bill.

The shogun (Speaker) appoints the House members of the conference committees. Clearly, the fate of any bill depends on who he appoints and what is whispered to them before they enter those rooms where sunshine never penetrates.

Tonight the shogun is holding a fund raiser out of his district (Hawaii District 8, Kahakuloa, Waihee, Waiehu, Puuohala, Wailuku, Waikapu). He is suggesting a donation of $1,000, more than his average constituent is likely to be able to afford, not to mention the air fare and hotel cost to fly to Oahu to attend his fundraiser.

Simply and particularly because of Souki’s position of power, holding a posh fundraiser on Oahu is likely to attract mainly lobbyists and special interests. This raises ethical questions for me, in the common usage of the term. The Legislature has been unwilling to impose a ban on in-session fundraisers and so they are legal. I am not claiming otherwise. And sure, he has a Constitutional right to hold a fundraiser anywhere he pleases, in the absence of restrictions. I’m sure it falls under free speech rights, the same as are enjoyed by a panhandler standing outside the Royal Hawaiian Center tonight. Inside or outside, same rights.

Still… I wonder if the contributions will be suitably wrapped.

In feudal Japan, and often pictured in period television dramas, a merchant would always make sure that the bribe he was passing to the corrupt official was impeccably presented (see image at right snipped from an episode of the long-running period drama Mito Komon). 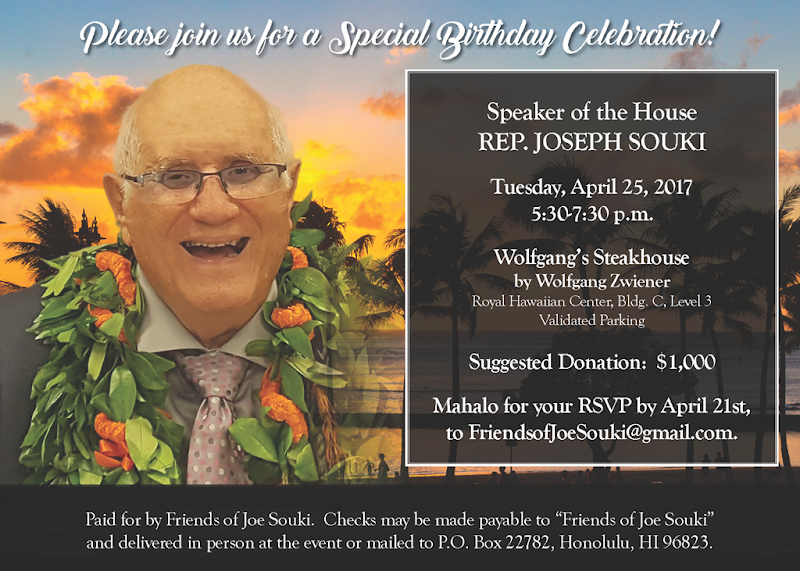 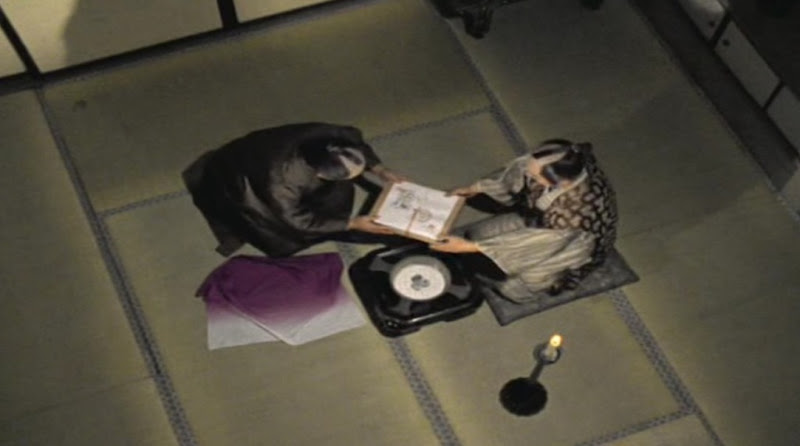 In the Mito Komon dramas justice was always done just before the commercials at the 49 minute mark. Each time it looked something like this: 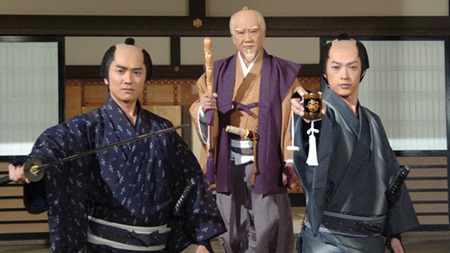 Mito Komon traveled incognito with his two samurai sidekicks Sukesan and Kakusan, fighting crime and corruption. Somehow just moments before the episode ended the three appeared on the scene in a pose something like this. The “mon”, or family crest, would be instantly recognized and everyone would hit the ground with lowered heads.

Then the evildooers would decide to rebel and a sword fight would ensue.

There was never blood nor a costume ripped to shreds, which is how the same actors managed to do the same thing in different roles the following weeks. In Hawaii, also, the same scenes are played out during each annual legislative session. What we are missing, though, is our own Mito Komon.

This year Souki is asking for a suggested donation of $1,000. That’s a step up from much earlier, when $25 would do.

Another difference is that this year’s invitation makes it clear that donations go to “Speaker of the House” Rep. Joseph Souki. Truth in advertising.

For what it's worth, the Oahu County Democratic Party of Hawaii just passed a resolution asking all legislators to stop holding fundraisers during the session. Time will tell.