Former Mayor Mufi Hannemann tried a commuter ferry called TheBoat as a way to ease traffic congestion coming into cental Honolulu. It never worked, and cost taxpayers an estimated $120 per roundtrip rider to operate. Commuters preferred their cars or TheBus.

But suppose neither of those were an option one day as sea levels rise, turning streets and highways into canals. If the tall condos and downtown office buildings are not abandoned entirely, the only way to get to them will be by boat.

The cover of a novel by Kim Stanley Robinson (author of the Mars trilogy) released just this month, New York 2140, is a great illustration of what Honolulu also might become. Here’s the cover that you’ll see on Amazon: 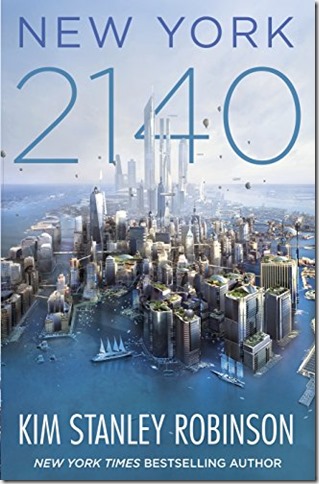 Assuming that buildings made of steel and concrete can remain standing with their feet perpetually immersed in salty sea water, they’ll no doubt have to arrange for some kind of access by watercraft. For this cover illustration the artist has chosen to show individual moorings around each building. Here’s a magnified section of the cover: 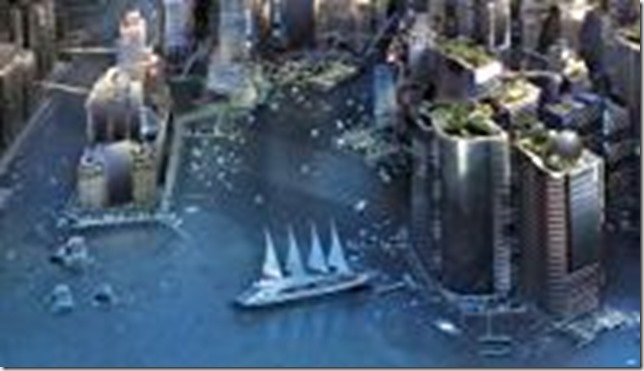 New York 2140 is science fiction. Global Warming is not, and Honolulu will be facing the consequences one day.

At least Honolulu’s rail line is being built with elevated platforms. Here’s a vision, this time a New Yorker cover, of the great beach access that we’ll enjoy some time in the next few decades: 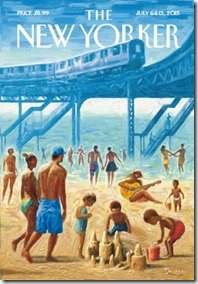