Hawaii filed a lawsuit against Trump’s first Muslim Ban and was the first state to file against Trump’s latest attempt. A judge in Federal District Court in Honolulu put a TRO on the ban nationwide.

In reaction, the hashtag #BoycottHawaii began trending on Twitter, but it almost immediately backfired.

It seems that both Hawaii residents and visitors wouldn’t mind at all if Trump supporters decided not to come here.

Here are some tweets I spotted just now: 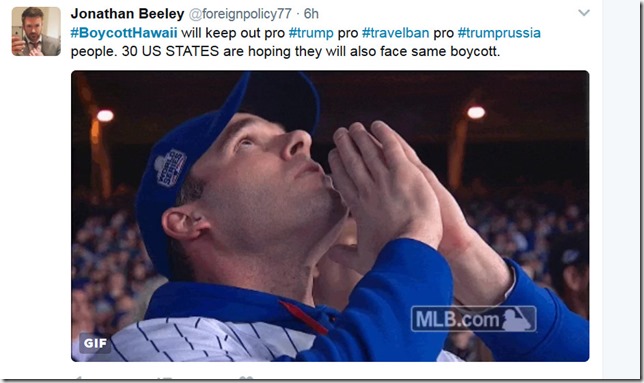 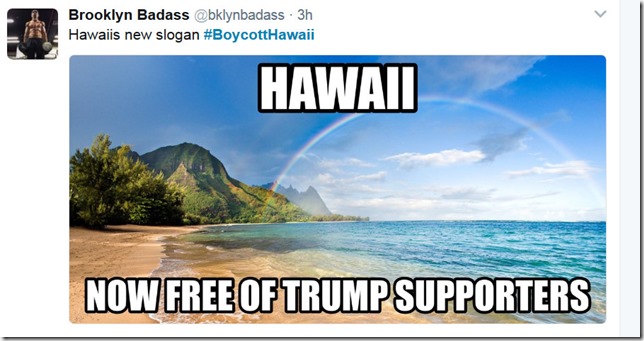