tech firms from Hawaii.  Aha, someone else has noticed. Here on Disappeared News, I’ve been writing about this occasionally for more than a decade.

It makes sense for high-tech firms to start here when they can get financing, tax breaks, incubator space and even (in the case of the “high-tech park” in Mililani) facility deals. All while enjoying an exceptional quality of life in one of the world’s best climates.

Startups produce only limited jobs, generally speaking. The stereotype is the entrepreneur and a bunch of pals. That’s a broad generalization, but I think it holds true. The media then pile up on the newly successful ventures. But almost inevitably, they leave.

But as I’ve said many times, one day the bean counters come knocking on the CEO’s door. It’s time to pack up the surfboard and head off to California where there are markets, investors, a pool of trained workers, and an adequate supply chain. All the ingredients of success—are over there, not here.

[I’ve wondered if a new high-tech firm seeking programmers in Silicon Valley need do any more than open the window at lunchtime and shout “Python!” in a loud voice in order to attract a mob rushing the front door to compete for the jobs.]

Venture capitalists probably don’t care as long as they profit from their investment. In fact, savvy folks that they are, they already know that these startups will leave. If they don’t leave when it’s ripe to do so, there will be a bunch more knocks on the CEO’s door.

What Ryan didn’t attempt, and it wouldn’t be easy, was an analysis of whether promoting high-tech in Hawaii makes economic sense. Certainly some federal money comes in. And there are some firms and jobs. It would be very strange if there were not.

One recent example comes to mind: Hoku Scientific, a darling of the media for far too long, created plenty of jobs. In Pocatello, Idaho. Then, following the path of many others, it’s gone. We didn’t get those jobs yet the newspaper kept hyping Hoku.

I’ve wondered if the best high-tech jobs in the state are the government and private organizations that promote rather than do high-tech.

While I feel that every student should have the best education possible, I’m sad that those who excel in STEM courses will likely have to leave Hawaii to make any money in tech. Keeping families together is a cultural value here, but since we really have few high-tech jobs, there is a brain drain. And of course, that also works against high-tech firms considering staying here or relocating to Hawaii.

The calculation would be interesting: how much is the state paying in one way or another to promote high-tech without the expected return, which I contend must be measured in jobs for the people more than tax money returned. We’re paying big bucks for executives and staff to promote something that seems not to be producing the expected return. Or is it? What’s the reality?

So what should we do to create high-tech jobs? Wish I knew. We’re an island in middle of the Pacific Ocean. The promotional line put out by the High Tech Development Corp. many years ago that our state is ideally located between the West Coast and Asia, straddling the time zones, was ridiculed by Guy Kawasaki in a talk at the UH business school. We’re actually not in the right place, we’re in the wrong place. We are not the high-tech “hub” of the Pacific.

We do need high-tech for our own purposes, and that should create some jobs. Many state and private organizations still have not moved into the 21st century as far as computer automation goes, for example. There’s room for some growth here. 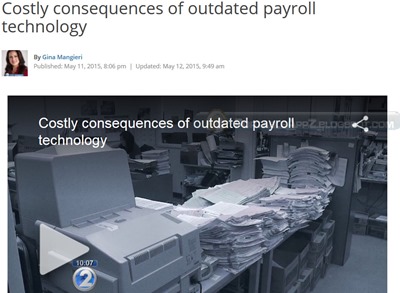 “I saw a lot of people working really hard on bad systems that were antiquated, and they were heroically making things happen that were almost impossible given how old the systems were,” he said. “It’s surprising to see so many boxes of paper and that everything has to flow through paper instead of electronic.”

Systems that are 40, sometimes 50, years old crunch along often on parts sought online, including at the state’s biggest single department, education, tucked in the basement of the central Department of Education’s administration building, where stacks and stacks of colored cards are considered the payroll database.

I noticed many years ago that many businesses were in the habit of turning off their fax machines at night to save electricity. Why didn’t the orders come in? Well, the fax was off. That was high-tech, Hawaii style.

This complicates the calculation, of course. If the DOE and other government agencies should come up to speed on computer processing, wouldn’t people lose their jobs as a consequence of the automation?

It also seems odd to me that our government promotes high-tech for everyone else and yet is so bad at it. There are more examples besides just payroll.

So let’s not be surprised that high-tech and other startups leave Hawaii. That’s the way it is. Accept it. Good thing we have tourism and hospitality jobs, all else has been a struggle here. Will high-tech help? Has it so far? Curious taxpayer minds want to know.