Now the condition of undocumented workers in Hawaii’s fishing fleet is exposed—but who will act to reform the system?


“
Hawaii's high-quality seafood is sold with the promise that it's caught by local, hard-working fishermen. But the people who haul in the prized catch are almost all undocumented foreign workers, confined to American boats for years at a time. –AP video
”
“
Some salaries break down to as little as 70 cents an hour; for many boat owners, bait and ice cost more than crew salaries. ... The U.S. Attorney's office says the system is legal. ... A loophole in federal regulations pushed by lawmakers including late Hawaii Sen. Daniel Inouye allows foreign men to work on the fleet. … The men catch seafood including marlin, swordfish and ahi tuna used to make poke, a Hawaiian salad made with raw fish that's a staple in the islands. One fish can bring as much as $1,000 at Hawaii's fish auction, the only one of its kind still operating in the U.S –Like Hawaiian seafood? Here's who's catching it, AP, SeattlePI
” 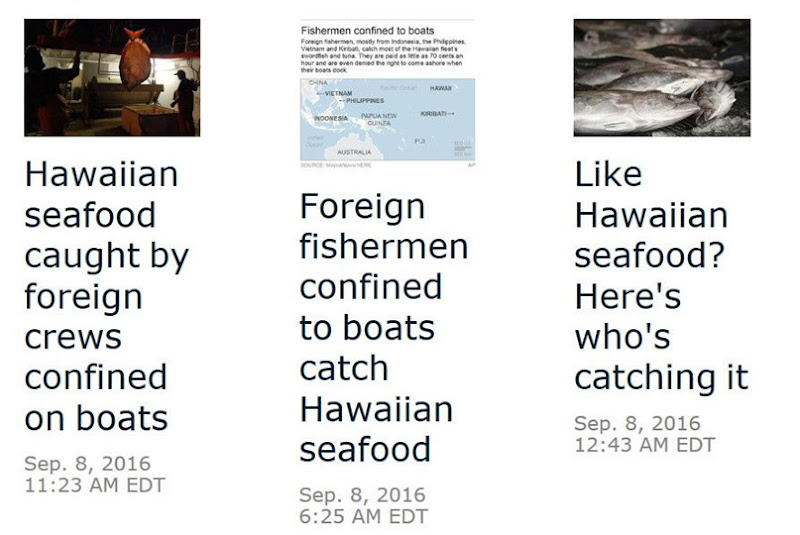 The Associated Press received the 2016 Pulitzer Prize for public service for the work of its investigative reporters in revealing slave labor conditions in Asian fishing fleets. Thousands of captive workers were freed as a direct result of their work.

The investigation found men living in squalor on some boats, forced to use buckets instead of toilets, suffering running sores from bed bugs and sometimes lacking sufficient food. It also revealed instances of human trafficking.

Their report exposed unacceptable conditions on ships that echo the farm labor scandals that came to light not so many years ago in Hawaii. Legal action probably ended the majority of slave labor conditions in farming, but who will act to end the abusive practices in Hawaii’s fishing fleet? Will the publication of a story revealing that Hawaii government right up to the late Hawaii Sen. Daniel Inouye created the loopholes that make exploitation possible now motivate lawmakers to close those loopholes?

From the SeattlePI story:

Around 700 undocumented foreign workers, mostly from impoverished Southeast Asian and Pacific Island nations, work on Hawaii's commercial fishing fleet, the country's fifth-highest grossing fishery. They catch prized ahi tuna, mahimahi and other seafood at some of the country's finest restaurants, markets and hotels. They do not have visas and cannot enter the country, staying confined to their boats for sometimes years at a time — all with the blessing of high-ranking federal lawmakers and officials. An Associated Press investigation found instances of human trafficking, active tuberculosis and low food supplies. 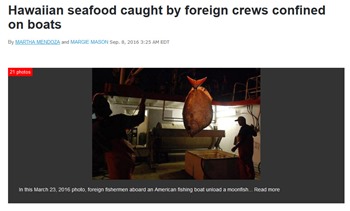 Versions of the story have appeared in newspapers around the country, including a front-page story in today’s Star-Advertiser. The full AP story is here. 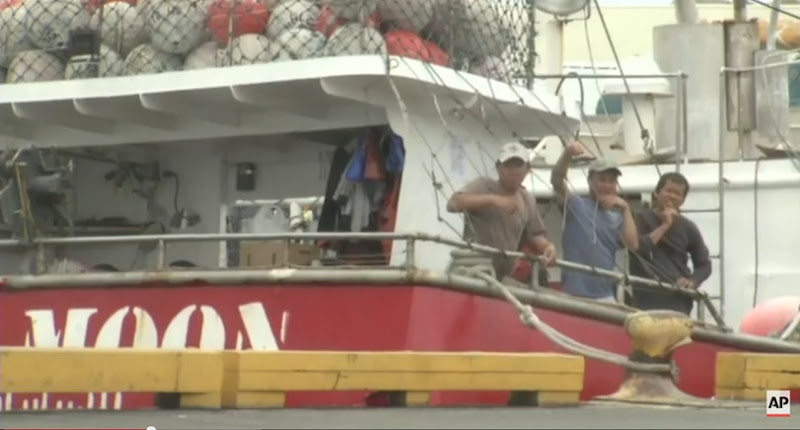