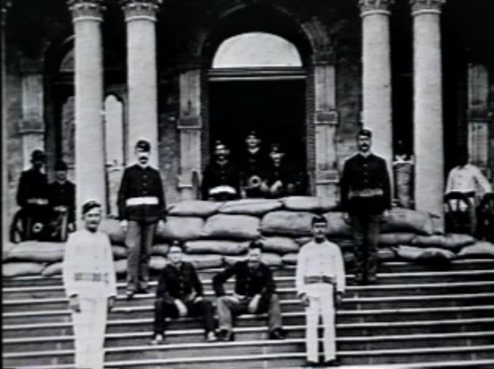 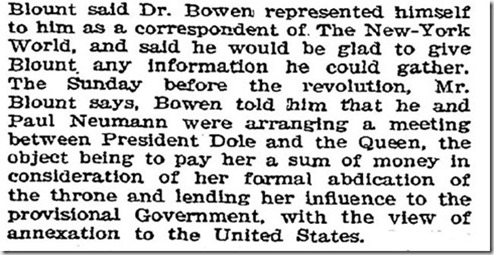 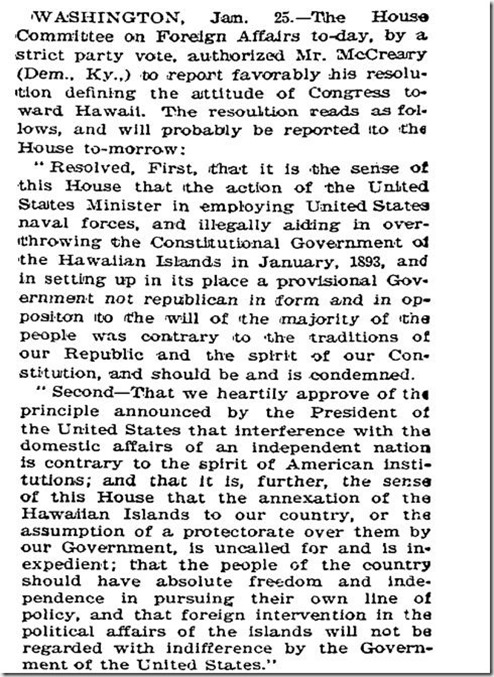 Cleveland was right. The "National Character" was forever stained. The "Unstaining" cannot and will not happen until the wrong has been righted. Larry, this blog, from my perspective, is as good as the best that you have ever written. Given time - I believe that justice and righteousness will eventually prevail - and the illegal occupier will go home with its tail between its legs. The People are starting to speak - and the trend has changed. Even fellow members of the Family of Nations are starting to ask the right questions. But the occupier refuses to give any answers. It has none. It has done us wrong! We know, and the world also knows. Kupa'a!


The courts of the Territory of Hawai‘i derived their authority under the 1900 Act to provide a government for the Territory of Hawaii. The predecessor of the Territory of Hawai‘i was the Republic of Hawai‘i, which the United States Congress in its 1993 Joint Resolution—To acknowledge the 100th anniversary of the January 17, 1893 overthrow of the Kingdom of Hawaii, and to offer an apology to Native Hawaiians on behalf of the United States for the overthrow of the Kingdom of Hawaii concluded was “self-declared.” The Republic of Hawai‘i’s predecessor was the provisional government, whom President Grover Cleveland reported to the Congress on December 18, 1893, as being “neither de facto nor de jure,” but self-declared as well. Furthermore, Queen Lili‘uokalani, in her June 20, 1894 protest to the United States referred to the provisional government as a “pretended government of the Hawaiian Islands under whatever name,” that enacted and enforced “pretended ‘laws’ subversive of the first principles of free government and utterly at variance with the traditions, history, habits, and wishes of the Hawaiian people.” This is from http://hawaiiankingdom.org/blog/ published June 8, 2006. Self-declared does not mean legal.