Let me disclose at the top of this article that I’m writing about something that I helped to instigate. I’m past president and a current board member of Kokua Council. What I’d like to emphasize here is that Kokua Council’s legal action was undertaken with great reluctance. I’ll explain a bit below.

And who is speaking here? Me. I cannot undo being a board member, but I am also a concerned citizen who happens to have a blog.

First I’d like to refer you to media coverage of yesterday’s press conference. Both Civil Beat’s Nathan Eagle and the Star-Bulletin’s Sophi Cocke have covered the issue quite well. The Civil Beat article, Advocates For Elderly Sue State Over Inspections Of Care Homes  (Civil Beat,7/25/16) is not paywalled so you can easily check it out. If you are a subscriber to the newspaper, please see Group sues over care home inspections (Star-Advertiser,7/26/16).

Also please spend just a few minutes listening to Beth-Ann Kozlovich’s interview of me on The Conversation (Hawaii Public Radio, 7/26/16) this morning.

A copy of the complaint is on the Kokua Council website here.

Now, the lawsuit was filed because Kokua Council believes that the Hawaii Department of Health is breaking the law by not posting inspection reports of long term care facilities—as required by Act 213 (2013). And even for those reports that have actually been posted, many are so heavily redacted that the information the public is entitled to view according to Act 213 has been replaced with black boxes. DOH had 18 months lead time before they had to start posting, but were absent at the starting gate.

You would think that posting care home inspections online would have been easy.

Yeah. Someone emailed me that high school kids could do it. In fact, the Legislature apportioned $148,000 for two positions and support equipment but the DOH did not hire those people.

And the redactions! Part of the lawsuit demands that the redactions must be removed. See the pictures in the Civil Beat article for examples. What is typically redacted are the “findings”: exactly the information that is needed and that the law was intended to provide. 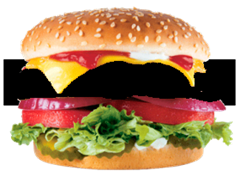 Suppose you ordered a cheeseburger, paid for it and took it back to your seat to eat, only on unwrapping it you find that the meat patty had been redacted out of your sandwich…  that’s basically what has happened to many of the posted reports.

Of course, I’m talking about a serious matter, which is why the lawsuit was filed.

A family needing to place a loved one in a care home needs to have the information as soon as possible to make a placement decision. Waiting 10 days or more to get reports from DOH, which is what the law is supposed to eliminate, doesn’t work for most—the decision must be made on very short notice. A hospital may be pushing the family because it needs the bed for someone else. By the time reports are manually delivered, the patient may have been placed, or the bed is no longer available at the facility.

I said also that it was filed reluctantly. We tried a public records request in 2015 which did not succeed. On December 14, 2015, when only three reports on Adult Residential Care Homes had been posted out of a total of almost 500 homes, our attorney wrote a public records request bristling with citations and carefully describing what we were looking for. It was equally futile. DOH broke the sunshine law by not replying within the required time period.

The legislative Kupuna Caucus wrote a joint letter to Governor Ige in October, 2015.

In short, nothing worked. So yesterday an action was filed.

It’s not just a senior issue, by the way. Anyone might be involved in (say) a traffic accident and need to recover in some kind of facility. Or a caregiver might quit, leaving a family looking for a placement. Or someone may need to be in a home due to disability.

Having access to inspection reports is necessary to make a placement decision, and also to hold the long term care homes to basic licensing standards. Nursing home reports have long been posted due to federal requirements, and it works.

A final concern is the evisceration of the Long Term Care Ombudsman office under DOH. There is now only one person in that office—the Ombudsman Specialist position has been eliminated. The one person is responsible for handling complaints for 1,702 facilities and 12,340 residents statewide. He would have to make about 28 or so visits a day just to meet the requirements.

The office should have at least six ombudsman, and should have been moved out of DOH according to federal rules that became effective July 1, 2016. Hawaii had plenty of warning about the coming rule change. Why does the office have to be moved elsewhere? Because DOH has a conflict of interest in that it licenses the same facilities it then inspects.

So that’s how the lawsuit came about. Will it be the end of the story? Not until DOH protects seniors and other long term care residents as the law requires.

Advocates are concerned and determined to see that this happens.