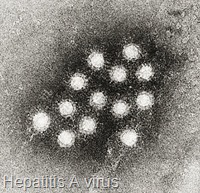 Anyone consuming baked products sold by the Hawaii Kai Costco store mid to late June was at a small risk of contracting Hepatitis A because an employee tested positive for the disease—yet the Hawaii Department of Health chose not to issue a public notice. As a result, many consumers of the potentially infected products were not notified.

Costco is capable of notifying anyone who bought the products and did so, but it cannot warn those who consume the products at church or business meetings, for example.

Costco baked products are a quality choice for many organizations that bring them to meetings for attendees to consume. Costco breads end up in sandwiches. Some retailers even buy at Costco and re-sell the products.

Costco baked products appear at parties, weddings, in office break rooms and at meetings. Restaurants and food trucks may use them.

None of those who consumed potentially infected products who were not the original purchasers were warned because the DOH declined to issue a public notice.

If you don’t receive a phone call or letter, you are not affected.

Yes, the risk is low, but no, that doesn’t excuse DOH given the widespread use of these products by other than the original purchasers.