Finally – a bill (SB244) has been introduced that could bring about badly needed reform in the way some legislators raise money during the session.

The practice is particularly objectionable when the legislator is from a Neighbor Island or is asking for a donation that the average person can’t usually afford. In that case, when the fundraiser is during session and held in Honolulu instead of in the district, it’s clear that the legislator is aiming at collecting bribes from lobbyists and well-off special interests. And how will that legislator vote if a matter affecting the rich donor came up during session? ?? Hmmm? That’s why these fundraisers should be prohibited. 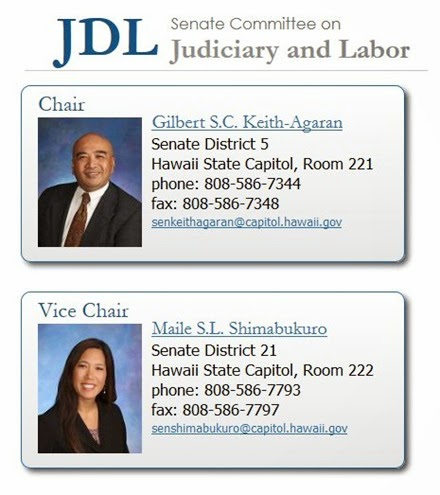 SB244 has been introduced. That alone is remarkable. Now, the next thing is to get it a hearing. Here’s where you come in. You, dear reader, can do this. You must do this, who else will?

Call 586-7344 and ask that SB244 be heard. You can leave a message. If you happen to live in Senate District 5, yay!, you’re a constituent, say that also. You should leave your name if you get voice mail in order to be counted

Or email senkeithagaran@capitol.hawaii.gov and ask the same thing.

Special message to all my spammers and trolls

Look, I’ve been deleting your pesky comments for years. Here’s a chance to redeem yourselves. Make that phone call and I will forgive you. Let’s get this bill heard.

Not all of the images in this Google image search are for fundraisers during session, but you’ll recognize the ones that are.