As an Oahu resident, have you every visualized Mufi’s monster rail project as a real monster? I wish I could draw a cartoon of it. It first passed through its zombie phase, sucking out our brains so we would vote for “steel-on-steel” technology, preventing any deviation from the anointed plan. Now it’s a vampire threatening to suck our very blood with increased taxes.

It’s hard enough to cope with the high cost of living in Honolulu, but sure enough, Mayor Caldwell and HART are out to drain even more from our veins. They want to extend the “temporary” excise tax and to float bonds. Neither of those was supposed to happen. We were promised when we agreed to the deal.

The advancing costs of construction and other objections also suggest that the line is unlikely to ever be extended.

We are being bamboozled. And we’re being asked to pay for this trick on ourselves.

David Shapiro nailed it, with the aid of a short video clip by videographer Marc Delorme, in this morning’s paper. His column is paywalled, which is a great crime—everyone should have the opportunity to read Dave every week. If you don’t have the paper, see if you can find one.

At least, click on the link below to view the short (1:19) video clip.

Caldwell and HART say short-term bonds, like the $350 million loan they seek from the City Council, were always planned and suggest extending the half-cent rail excise tax was always inevitable.

You couldn't tell from their past pronouncements.

For example, HART Chairman Ivan Lui-Kwan seemed to say the opposite at a University of Hawaii forum in April 2013, recorded by documentary filmmaker Marc Delorme (see the clip at youtu.be/kfDINtSKh1s).

So what should be done? Who knows what is best at this point. My own preference would be that the Legislature say “no” to additional financing for now. Let HART and Caldwell squirm for another year, they brought it upon themselves. Let them think hard about a solution.

If rail is built as planned, people will use it. But that’s not to say it is the best alternative. If there is not enough money to complete it, perhaps better alternatives would have a chance.

A much better solution than an expensive, limited rail line would be a partly grade-level system that would bring real benefit to the Leeward Coast. Imagine the development of a prospering retail corridor along Farrington Highway. Shops, supermarkets, churches, bars, sports, theaters, everything. See a new shop, get off the tram or bus to check it out. It worked that way in Portland, it could work for us here. But Mufi wasn’t thinking of Waianae, and neither is Caldwell. 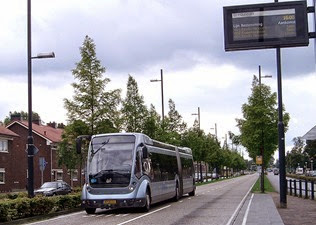 My previous preference, the Phileas Bus, would have been a cheaper alternative if decided at the very beginning. It’s not clear that switching to it could save money at this point, But extending a Phileas line to the Leeward Coast, UH Manoa, and Waikiki would at least be possible in the future. Besides, in our entrancement with Mufi’s rail, we did vote for steel-on-steel technology. That would have to be undone.

It’s easy to say that we have only ourselves to blame. I think that’s valid, but we can also blame our city government for the fix we’re in now. Several city administrations worked hard to bring us to the fix we are now in.

Costs are high enough in Honolulu already—why not put the cap on ballooning rail expenses for this year and see what the city can do, under pressure, to bring the project in closer to plan?