Oliver used Hawaii’s state legislature as his example of lawmakers who can’t understand the meaning of “conflict of interest.” It’s nothing that we didn’t already know, but now the world gets to laugh at us.

First, he explained that lawmakers are supposed to recuse themselves from votes on bills that would give them a direct financial benefit. Hawaii is in good company with many other states that seem to pay little or no attention to this, according to the article cited in the upper left-hand corner of this snip: 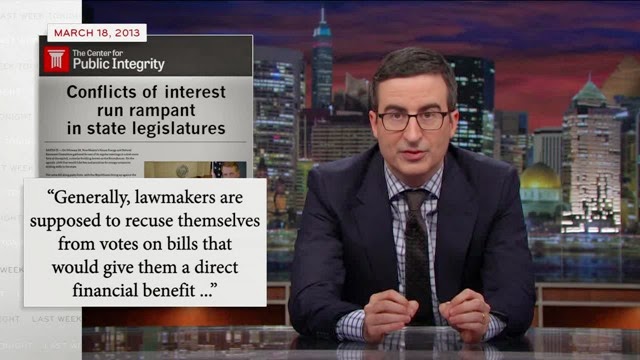 He let our state House have it, with a clip featuring rep. Joe Souki declaring his conflict of interest, but then the presiding speaker acts like he’s totally ignorant of what the words mean (click the thingy in the lower right for full screen): 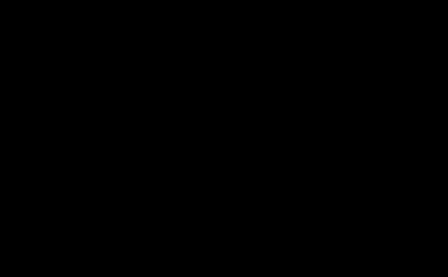 Of course, this is nothing new here. Anyone who has attended a floor session of the House, regardless of who is Speaker, knows that they consistently ignore declared conflicts of interest.

I recall one floor session during which member after member each declared a conflict of interest but Speaker Calvin Say responded without exception “No conflict.”

The House doesn’t want to change. And there seems to be no public pressure to make them change.

Can John Oliver do it? John Oliver is funny, but funny thing, most everything he talks about is serious. There is nothing funny about the conduct of lawmakers in our state legislature who allow the rules to be ignored.

If the couple of advocacy organizations that we have here on Oahu pound them, perhaps they can make a difference.

Meanwhile, between John Oliver’s HBO program last night and the same program posted on his YouTube channel and website, millions of people will have viewed the Joe Souki segment and be laughing at our expense.