According to this morning’s paper, the city’s “Temporary Housing First” is now described as “Temporary Mobile Access to Services and Housing site.“ Mayor Caldwell intends to use the site as the “compassion” phase of his “compassionate disruption” program to rid Waikiki of the sight of homeless people on sidewalks, but it is hard to discern where the “disruption” actually ends and the “compassion” begins. In effect, his program will create an internment camp, surprisingly similar to a camp that existed on the island at the start of World War II, after the bombing of Pearl Harbor.

If a picture is worth a thousand words, here you go : 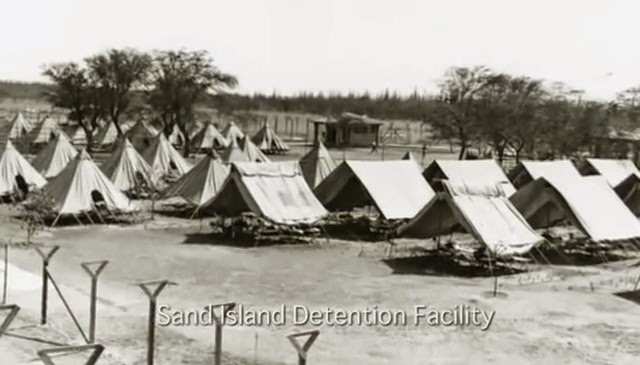 This is a snip from a video describing the Japanese internment after the bombing of Pearl Harbor. The first location in Hawaii was not the better-known Honouliuli camp, it was Sand Island.

Yes, Sand Island is an ideal location. There is a drawbridge that can be used to seal it off from the rest of civilization. But basically, it is remote and separate from the mainland of Honolulu.

Presumably Caldwell will “disrupt” only the citizens living on sidewalks in Waikiki under authority of the ordinances he is pushing the City Council to pass. Those will have the effect of criminalizing homelessness. The idea is that instead, they will relocate, willingly or unwillingly, to the Sand Island internment camp, where there will be some basic facilities (not even including the tents that the Japanese interns were provided with).

From the spot where the camp is proposed via bus back to Waikiki would take about 1 1/4 hours of riding time, plus waiting for the bus. Why go back to Waikiki? First of all, those at the camp will not  be physically locked up, they have a right to come and go. They need some income. Whether it is from collecting cans or from other activities, they will have no opportunities in the camp. Worse, while they are such a great distance away from their belongings, there is always the possibility of looting.

Here’s a Google Map showing the distance between the internment camp and Waikiki: 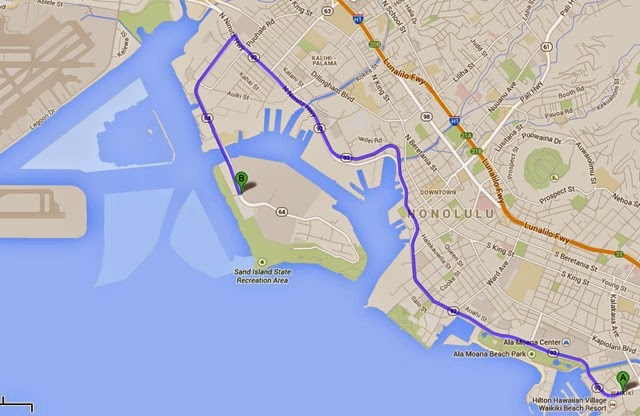 Since the city ordinances will be applied selectively, presumably the camp will be filled with newly-created second-class citizens living in poverty in a conveniently isolated area. 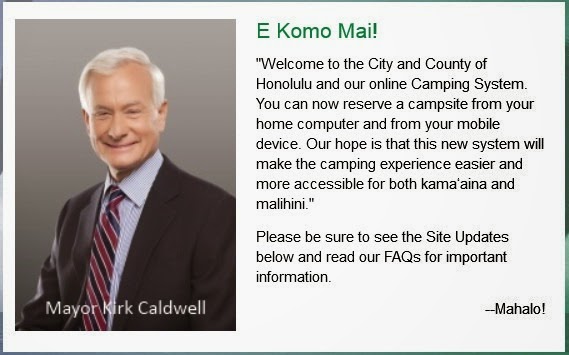 If this is not to be an internment camp, then there is a simple test. If someone, anyone, let’s say a visiting family from the Mainland or Europe, where camping on vacation is more common than here, – you follow me? – if they just went to Sand Island, would they be allowed to pitch their tents and settle in for a low-cost Hawaiian vacation? Or will there be checkpoints of some kind to limit occupancy to genuine  houseless residents?

Giving people the choice of prison or isolation is what makes this “plan” into an internment camp.

The situation would be socially unacceptable. I have stronger words, but this is a family blog.