The world watches the US embarrass itself in #Ferguson, Missouri


“
Twitter compiled every geotagged tweet that mentioned Ferguson and plugged them all into one map. What begins as an area tragedy in the Midwest on Aug. 9 evolves into a national news story by Aug. 11. If the blips are any indication, Ferguson was a trending topic in North America and Europe for most of the week, and a topic of conversation across every continent on the planet.
”

Everyone is watching #Ferguson, from everywhere. Even little ‘ol Hawaii lights up on the map: 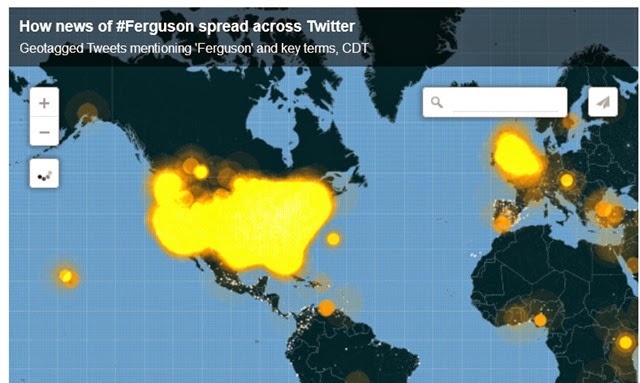 I’ve watched several different live streams this evening—one was broadcast quality. It was like being there. But it stayed far from the action. Another was an amateur journalist who (unlike the pros) didn’t hang out behind the yellow tape with his expensive camera on a tripod—he ventured out with his smartphone, hung out with the protesters, and experienced live ammunition whizzing over his head. Even without watching a livestream, you can be connected just by watching tweets. These are from right now, half an hour ago, actually, since I had to take a snip while writing this: 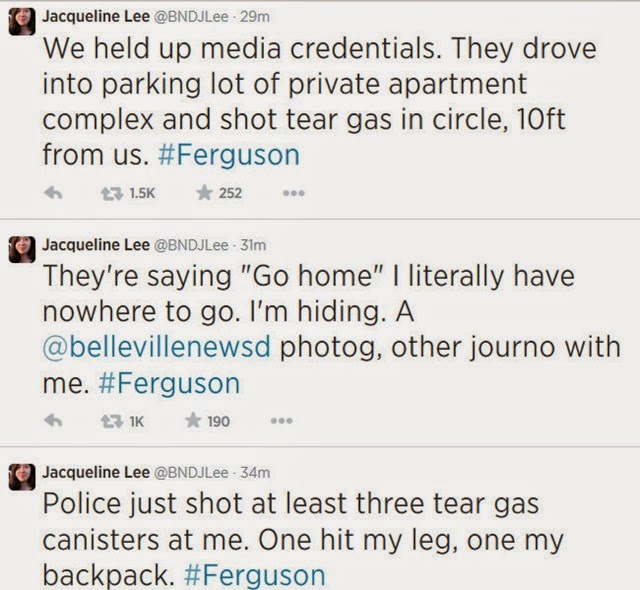 There’s an opportunity for change in the air… the militarization of the American police force—and their endemic racism—are on display for the world to see. Perhaps there will be change. One can hope.

Needless to say, there's nothing to be proud of here. Michael Brown's death, and the events that have followed, brings shame to the nation. It may be the fact that the United States so consistently fails to live up to its lofty ideals about justice and freedom when it comes to its African American population that makes it a story that's compelling across the world.