And I thought Hawaii was a data processing backwater. Well, it may help to know that it’s not just our state government that is mired in the computer dark ages. Sit down before reading this.

John Oliver was astonished at how backward the US government’s atomic bomb launch system computers still are. Here, in a snap from Sunday’s show, 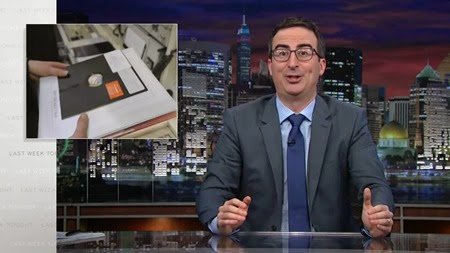 he appears surprised that our government is still using 8” floppy disks. 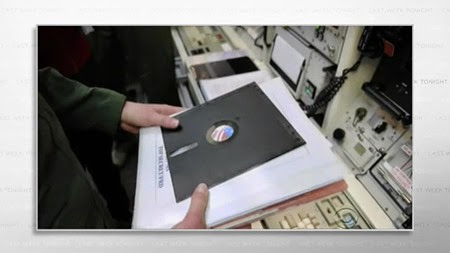 Flashback to technology shock in Hawaii

The first real computer we owned was an NEC PC98, which came with an 8” hard drive, an 8” floppy drive, and a dual 5 1/4” floppy disk drive. The whole kit was quite an investment.

As I recall, the capacity of the 8” floppy was 1 megabyte, double sided (?). Yes, megabyte. One of them. Not gigabyte. Megabyte.

The capacity of the hard drive was all of 5 megabytes. Yes.

Now, we shift to Hawaii.

When we arrived in 1988 and I reported to the office for work, they had an IBM PC with two floppies. You put the operating system in one and the data in the other. I can’t recall if they also had a single-floppy IBM PC. At that time, we had a 6 megahertz PC AT clone at home with hard drive and all the works.

But the government business development agency, DBED (no “T” yet), was touting Hawaii as the “center of the Pacific” for high-tech. Sheesh.

All this makes me wonder if there are still any 8” floppies in our state government computers. Probably not, because another thing I discovered shortly after arrival is that there seemed to be a kind of maintenance gap. Things were budgeted for purchase but no money allocated for repair, and often treated badly.

As an example, the Department of Health was running its computers not in racks or on tables but on the floor, where of course they collected dust and dirt and overheated. At least, that was one of the excuses given for DOH’s plan to close the Diamond Head clubhouse—they needed the space for the computers. It took 300 concerned people working together—and a phone call from Gov. Cayetano—to get that plan scotched. DOH was somehow unwilling to buy shelves or tables and get those computers up off the floor.

We still have catching up to do, as evidenced by news stories highlighting system failures in the tax office, for example. But from John Oliver’s Sunday night segment, it seems that the US government hasn’t bothered to catch up, putting our lives at risk since Oliver was describing our atomic bomb delivery system. Yes, atomic bombs that could be launched by a computer system still using 8” floppy disks.

But hold on—it could be worse. They could try to update the system, and then we’d all be in trouble. Maybe it’s better just left alone.