Every so often a news story (or editorial page column, in this instance) 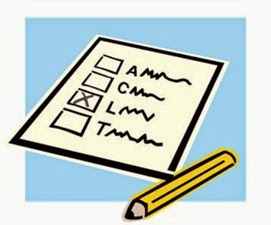 The people who show up will rule.

Well, not exactly. The politicians who can attract the most moola from developers and other moneyed interests rule. Our role as voters is merely to give them the opportunity.

I would love to see the newspaper or other media entity invest in a poll or a study to find out why Hawaii doesn’t vote. Perhaps there has been such a study. If so, we need to see the results in print, alongside articles like this.

But to the point. So what? I know voting is important. No argument. But as long as no crazy faction has taken over (in an attempt to “rule” perhaps), and as long as the outcome pretty much represents the wishes of the population as a whole, so what?

How? Without knowing why people are not voting, how can we plan an effective intervention? How can the Chief Elections Officer maximize his campaign, given his limited budget? There could certainly be multiple, if not myriad, reasons why a person didn’t vote.

Do we even want to spend state money to improve a statistic?

Hawaii has all kinds of problems—this may be among the least of them. I would place it way down on the list, below tooth decay, struggling schools, pathetic urban planning and wasteful or ineffective government administration. You might have your own list of gripes, and I’ll bet low voter turnout doesn’t compete with most of them.

The low turnout has not prevented us from having a government, and more votes may not actually change anything for better or for worse. So I really want to see an analysis and discussion.

In some countries there is a statutory fine if voters don’t cast their ballots, though I understand those laws might be spottily enforced, if at all. Here, we have the freedom to let our neighbors carry the water for us. Which is better—to be purely democratic about it and respect the right not to vote, or to impose some kind of sanction, material or otherwise, in an attempt to gather more paper ballots and improve the numbers?

Bottom line for me—I’m tired of articles rehashing that we have a low voter turnout unless they can explain why that is and why that matters.

I agree with you on this. First, it is not true Hawaii had the lowest turnout in recent elections. That is a bogus statistic. The methodology used treats non-resident military, their families and out-of-state students as if they are part of the population base which should be counted as eligible voters, when they are not.

That the Office of Elections, a place which SHOULD be good at both understanding the demographics of the voter base AND have some familiarity with math continue to repeat this nonsense is disturbing. Scott--contact me and I will walk you through the math.

Hawaii has fewer obstacles to those wanting to register to vote and has very generous early walk-in and mail-in voting procedures than most other states. A few states--but only a few--allow Election Day voter registration, which might boost our turnout by a small margin, if adopted.

But the bigger question is the one you ask: why do so few Hawaii residents bother to vote? And the answer is not that clear. In broad terms (and it may be a tautology) people don't vote because they are not convinced it will make a meaningful difference in their lives. I suggest that is because they don't trust the politicians, they think they will go along with the corporations and special interests and won't look out for the interests of the regular resident.

So minor procedural "fixes" won't solve the problem. We need bolder politicians. And we probably need public-financing of elections in order to free up politicians from having to cozy up to the disliked, but powerful, special interests in order to raise enough money to run for office.

Unless we ask the deeper question, we will be left with moralizing, guilt-tripping fake explanations which blame the non-voter.


Why does it matter? Because people elected MAKE LAWS, make things legal or illegal, appoint people to BOARDS of directors that decide our future. Not enough people CARE and that's why we have the government we do. That's why we have Kakaako skyrise city and a 20-mile railroad starting from the best farmland on earth to AlaMoanaShoppingCenter. I tried to informally "survey" people I met/knew about why they don't vote, if they don't -- bottom line: they don't care, they've been brainwashed not to care. It's a lot of time and effort to figure out who to vote for, to research what a candidate stands for, to cut through the propaganda. It's our entertainment society and encouraged by moneyed interests -- the only advertising is by candidates with the money for TV-newspaper advertising. And that's confusing because everyone sees/hears the ads but we might not be in that candidate's district. It would be nice to have a sample ballot a couple of months before the election.