“Section 6-1706. Pedestrian and Bicycle Friendly City --
It shall be one of the priorities of the department of transportation services to make Honolulu a pedestrian- and bicycle-friendly city. (2006 General Election Charter Amendment Question No. 8)”—Revised Charter of the City and County of Honolulu 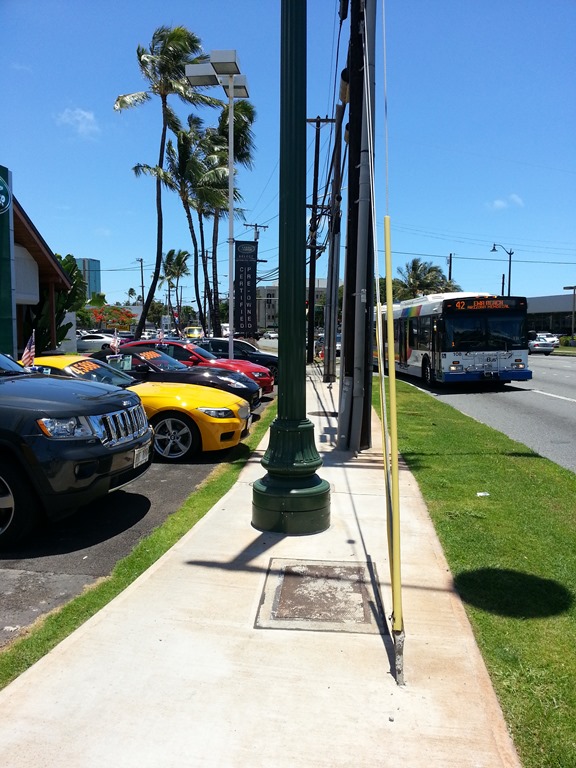 Bunch of bs. They doing this on Kauai and itʻs causing big backlogs. Eventually these areas will be designated dead zones cause everyone will avoid them like the plague.

Open a shop or business on one of these no-drive zones? Crazy.
What kind of ʻlet them eat cakeʻ reality are these idiot officials living in that approve these stupid ideas.

Iʻll tell you what: when it becomes too expensive to drive and we may (us poor folks) HAVE to walk everywhere, they wonʻt need these little boutiquish streets...the highways and roadways will be deserted and we can walk on them.

Complete streets is also a part of Agenda 21.