Audit: NSA breaks rules and has overstepped its legal authority


“The National Security Agency has broken privacy rules or overstepped its legal authority thousands of times each year since Congress granted the agency broad new powers in 2008, according to an internal audit and other top-secret documents.

Most of the infractions involve unauthorized surveillance of Americans or foreign intelligence targets in the United States, both of which are restricted by law and executive order.”


by Larry Geller Update: I didn’t realize, when I posted this article yesterday, that the audit described in Snowden’s leak only counted violations committed at the NSA’s Fort Meade headquarters and other facilities in the Washington area. In other words, violations committed in Honolulu, for example, or in the rest of the country, were not included and so the total number of violations committed can be expected to be far higher.

Thanks to Pierre Omidyar for tweeting this. 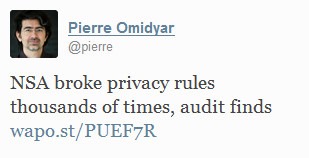 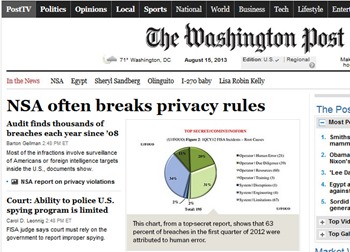 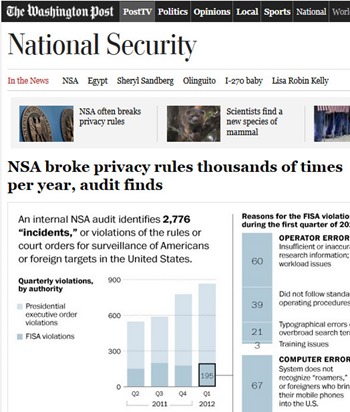 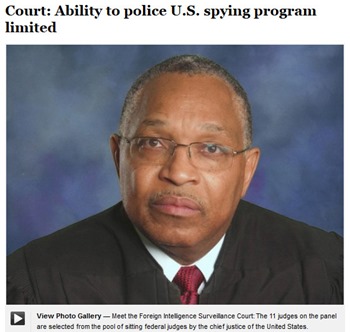 From the second linked article:

The most serious incidents included a violation of a court order and unauthorized use of data about more than 3,000 Americans and green-card holders.

How was that data used? I didn’t see that explained in the articles, perhaps it’s there someplace in the documents linked to from that second article. I haven’t had a chance to review them.

Since this is an internal NSA audit, it would appear that the agency knows it has been lying to Congress.

Obviously, this news is not “disappeared.” It’s everywhere already. Please click on the links or the pics to read the articles.

It’s Thursday afternoon in Honolulu. Do you know where your personal data is?