The Kalima v. State of Hawaii class action suit addressed the abysmal failure of the State of Hawaii to fulfill its obligations to Native Hawaiians who should have been given homesteads or farm lands under the Hawaiian Homelands Trust. The failure extends back even to before statehood. In fact, the Hawaiian Homelands Trust is an obligation that Hawaii assumed as a condition of statehood.

In a shameful act of oppression, the state abrogated its trust responsibilities. The details are in Kalima, which I have written about since 2009. 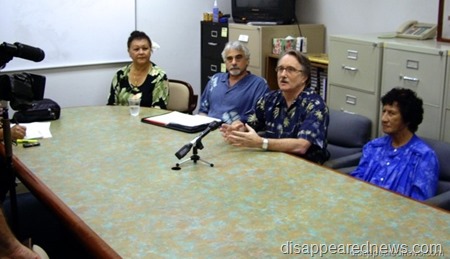 When the Star-Advertiser did its recent three-day series on DHHL problems administering the Hawaiian Homelands trust, the series inexplicably did not even mention this landmark lawsuit. So I emailed the reporter. I never got a reply (unless maybe the NSA snatched it). But tomorrow there is to be an article in the paper. Since it will have been written by a professional (paid) journalist, with time for interviews and proper research, I expect it to be a blockbuster (and a tearjerker).

For the past two days the paper has placed a giant banner promo on the front page. I think the article will more than meet expectations—the facts brought out over the decade-plus course of the lawsuit are very compelling.

“The court, having concluded this five-week trial from 8/4/09 through 9/11/09 and having considered the trial evidence and arguments of counsel, determines that Plaintiffs proved by clear and convincing evidence breaches of trust by the Defendant State of Hawai'i ("State") and Defendant Department of Hawaiian Home Lands ("DHHL") during the claims period (August 21, 1959, statehood, through 1988) and that said breaches were a substantial factor or legal cause of eligible Native Hawaiians not being placed on the land in further breach of trust obligations as alleged in the waiting list subclass bifurcated trial.”

How bad was the mismanagement and neglect? Yes, people died on the waiting list. Others, applying either for farmland or for a homestead, became elderly and could no longer either farm or qualify for a mortgage to build a house on the land. I expect that there will be some interviews in the article tomorrow. Some who testified at the trial have since passed on. There stories are in the court briefs and transcripts. I’m sure there is enough material there for a book or two.

Imagine: the state didn’t even bother to keep records for at least a decade:

Mr. Rodney Lau credibly testified that financial records of DHHL for the years June 1962 to 1972 were not available, clearly not auditable, and that period was not accounted for. ... "accounting system and internal controls . . . were wholly inadequate" for period July 1, 1962 to June 30, 1972.

Not only is this yet another instance of state mismanagement, but it is also a demonstration of the deliberate indifference when it comes to the rights of Native Hawaiians.

So find yourself a newspaper tomorrow.

So if it was a condition of statehood, can it be like a breach of a contract? The contract is null and void... No Statehood?


You ask a very interesting question. And you may have a new approach to part of the sovereignty issue.

Any lawyers out there?