Thanks again to Occupy Hilo Media ‏@OccHiloMedia for a pointer to these two web posts on the Monday PLDC (Public Land Development Corporation) rallies, this time on Oahu.

The first is a short YouTube video posted on TheYTDoug’s channel.

Check that channel for some videos of a recent Ewa Beach Neighborhood Board candidate forum (Senate District 20). One question addressed Act 55 (PLDC). Check out the statement by Dean Kalani Capelauto on the undemocratic process by which Act 55 was passed. Heck, I’ll include that video below.

And it seems that a Civil Beat staff member stopped by, reporting that at the time she was there, there were few protestors. 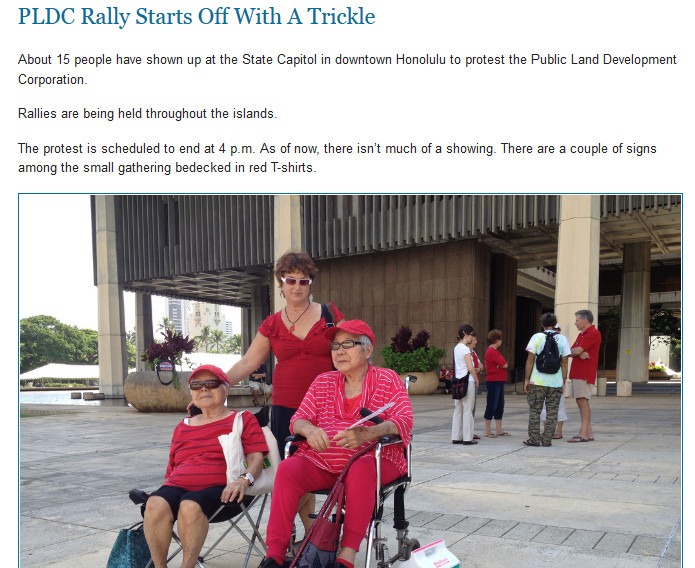 If there was only a “trickle” on Oahu, it’s gonna be tough to repeal Act 55.