Lysistrata in Togo—sex strikes as a tactic for peace


“… men are the ones who often juggle back and forth for power. It is the women who bring humanity to the table—an understanding that beyond the jobs that men are fighting for, there are people out there really waiting for you to do something for life to go on. The only way all of this can happen effectively is if women are at the table as active participants, not as silent observers.” 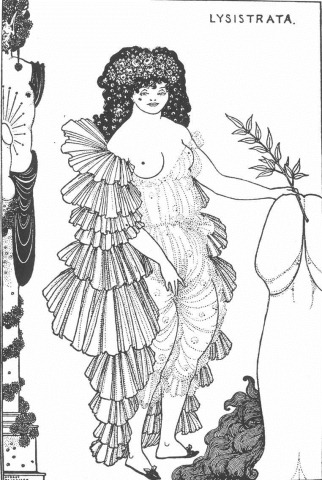 Professor Johan Galtung, when he was visiting professor at the University of Hawaii, frequently championed women as peacemakers. The role of women in ending conflicts around the world doesn’t often make the news. But then, editors and historians are most often men. Let’s face it: men are more “into” war, so it’s the making of war that gets attention rather than the ending of conflict. We’re taught the dates of wars in public schools but seldom who started or ended them.

The pull-quote above is from the December issue of The Progressive, snipped from an interview with Nobel Peace Prize winner Leymah Gbowee.

Gbowee had once called for a sex strike against dictator Charles Taylor.  The article notes that it was particularly effective among rural women

They took their husbands to the churches and mosques and said, “We’re fasting for peace. Fasting is an act of self-denial, and we’re asking you to join us.” So, these men committed to something about which they had no idea. 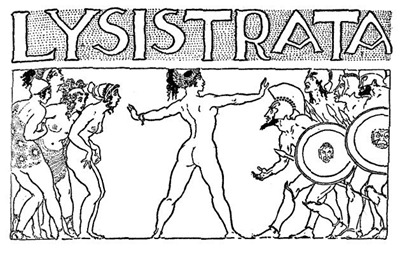 And, of course, the idea of a sex strike appeals to Western media. I think the sexist illustrations often applied to translations of the play are indicative of the power the idea holds over men in general.

Well, the tactic is in play once again, and an AP story has already been gobbled up by media around the country. This time the strike is being led by an activist in Togo:

The female wing of a civil rights group is urging women in Togo to stage a week-long sex strike to demand the resignation of the country’s president.

Women are being asked to start withholding sex from their husbands or partners as of Monday, said Isabelle Ameganvi, leader of the women’s wing of the group Let’s Save Togo. She said the strike will put pressure on Togo’s men to take action against President Faure Gnassingbe.

Whatever works. Just think if women in the US chose to react to Republican attacks on their reproductive rights by invoking Lysistrata. How soon would Congress change its tune?

I picture Mazie, Colleen and Linda all saying "no sex" and everybody else responding "fine by me". I mean, that Lysistrata chick was hawt!!!