Thanks to John Temple

Civil Beat announced this morning that Editor and General Manager John Temple has been tapped by the Washington Post as one of two new managing editors.

First, a great big Thank You to Temple not only for his leadership and fine writing while at Civil Beat, but for leading a revival of journalism in Honolulu.

The scene was pretty bleak before Civil Beat arrived (and dropped its paywall). 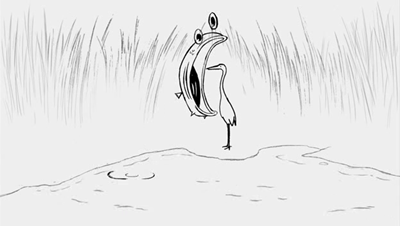 Like the little fish at the end of The Colbert Report, Honolulu’s Star-Bulletin unexpectedly jumped out of the murky water and devoured its larger and supposedly more powerful competitor, the Honolulu Advertiser. At this point, the Star-Advertiser has hidden its news and writers away from Internet readers with a rigid paywall.

At the same time, Civil Beat added staff and expanded its scope. CB fearlessly tread where neither our newspapers nor the vast wasteland of TV news would dare to go. Under Temple’s leadership, Civil Beat became (and still is) very much a bright light in the dismal fog.

CB gives us hope. Whether or not our expectations were met, the fact is that we had and still have expectations for Civil Beat, but hardly any for either newspaper or TV journalism. John Temple has built a firm foundation on which Civil Beat can continue to build. The only direction for Civil Beat is “up.”

I’m already hearing some “So what’s wid dis?” but it doesn’t matter. Temple will leave Hawaii after a job well done. He will be missed.

Speaking of expectations, I hope that in searching for Temple’s replacement, perhaps Pierre Omidyar will consider local candidates for the job. A local pilot has an advantage in navigating local waters. Without meaning any criticism, I think that it’s important that local news be generated by local writers. And we have them, at every level from fresh college graduates with talent to proven newspeople with years of experience. Civil Beat could do to look even more like the people it serves.

So Bon Voyage to John Temple. They better throw a really big party for you.

If John Temple had been local, I doubt that the needed changes in journalism for Hawai'i would have occurred.It has been an exciting two years..but more to do!


Let's not forget the work of Pat Tummons and Theresa Dawson at Environment Hawaii--they are courageous local journalists!