A press conference is scheduled for 1 p.m. today (Monday, 3/19/2012) at the State Capitol rotunda by a coalition of consumer groups bent on nothing less than saving Hawaii’s health care system.

It seems that Hawaii has put its near-monopoly health insurers on the board of the Hawaii Health Connector, the organization charged with setting up the benefit package under the federal Patient Protection and Affordable Care Act of 2010. The insurers greatly outnumber the single consumer representative.  This board is tasked with setting up the “Exchange” that the Act provides as a marketplace for those without insurance to purchase policies. Purchase is mandatory, with penalties for those who don’t buy and federal subsidies for those with low incomes to do so.

Board members representing insurance companies have a clear conflict of interest since they are involved in shaping policies and rules that will impact the profits and revenues that their employers receive.

In reality, the foxes are designing the henhouse from ground up.

From the press release:

Consumer advocates oppose the nominees representing Hawaii Medical Service Association, Kaiser Permanente Hawaii, Ohana Health Plan, and Hawaii Dental Service because they will have a direct financial stake in the Exchange’s decisions. Membership on the board should be restricted to organizations whose primary mission is consumer focused, advocates say. The consumer advocates amendments to S.B. 2434 create a non-voting advisory committee made up of all insurers.

Hawaii is the only state to have established its Health Connector as a private non-profit organization governed by a state-appointed board of directors. This board, the Hawaii Health Connector, operates in the shadows because it does not appear to be subject to Hawaii’s Sunshine Law (open meetings law and open records law). An interim board has been meeting under agendas that do not meet the requirements of the Sunshine Law. The interim board is to be replaced by a permanent board of essentially the same people. 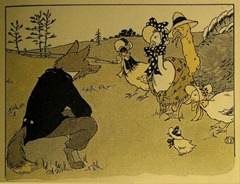 The coalition wants to evict the foxes from the henhouse and let consumers begin the work of designing a system by and for its beneficiaries, instead of as a profit center for the already-too-big insurance companies.

It proposes to keep insurers involved by allowing the board to set up an advisory council composed of any insurers who wish to participate, not just the largest, in order to encourage competition in the provision of services to healthcare consumers.
[I need to disclose that I am president of Kokua Council, one of the organizations participating in today’s event.]

Organizations agreeing to support an amendment to change the law and to object to Governor Neil Abercrombie’s board nominations include Hawaii Coalition for Health, Advocates for Consumer Rights, Kokua Council, Progressive Democrats of Hawaii, Americans for Democratic Action/Hawaii, ,AARP Hawaii, United Self Help, Mental Health America of Hawaii, and Hawaii Disability Rights Center.

An amendment to change the law has already been submitted in testimony to the House health committee, which made changes in the board two years down the road. Two years is too late—the henhouse will be in operation by then. The community-proposed amendment is based on the California law which prohibits insurers from participation.

Hawaii has also not submitted an application for a grant to establish a consumer protection ombudsman.

After the press conference a hearing will be held by the House Committee on Consumer Protection and Commerce on SB2434 SD1 HD1 at 2:00 p.m. in Room 325. Click on the link to see the bill that advocates would like to change, and to read more in the prior testimony. Submitting your own testimony is very easy – just click on the link near the top of the page.

Anyone can come to the 1 p.m. press conference and then to the 2 p.m. hearing which follows. You don’t have to submit written testimony in order to speak at the hearing.

On Friday March 23 the Senate Committee on Commerce and Consumer Protection will hold a confirmation hearing for all 11 of the governor’s nominees to the Exchange – including the four nominees in question. In order to support or object to the nominations, it’s necessary to submit testimony on each one in the hearing notice. Again, this is easy to do, though it does take a bit of clicking.