The appalling conditions at Foxconn, the company that Apple has chosen to manufacture their (and your?) iPhone, led me to check with Meizu on conditions in their factory.

Of course, it would be great to visit their plant in Zhuhai, just outside of Hong Kong, to check it out in person. Shucks, that’s not likely to happen. So I fired off an email instead, asking about working conditions in their factory.

The reply came back quickly: “The working conditions are very good. Salary is good by Chinese standards, and the atmosphere is relaxed and pleasant. Office staff and factory staff share the same canteen.”

It seems that Engadget beat me to it. The response contained a link to a story about Meizu which also included a visit to their plant: Exclusive: A day trip to Meizu's factory (video) (Engadget, 2/1/2011]. 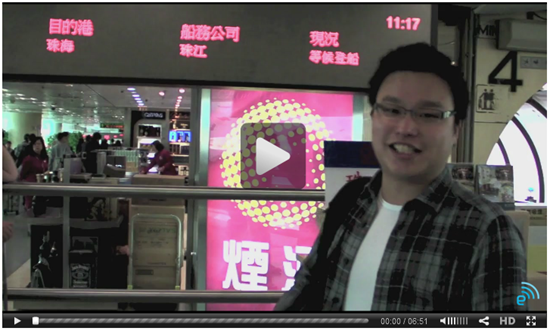 So (sigh) I get to watch the video instead of taste the food in the canteen. From the video, the food (in the smaller restaurant, furnished Western style) looks pretty good! And Meizu gives workers an extra, generous food allowance. The video is worth watching, check it out.

The Engadget visitors could not go onto the production floor although they could see a bit through the glass doors. Certainly, one would like to know more. Interviews with workers would be good, if they could speak freely. But for a start, Engadget has done a great job of demonstrating that the working conditions are better than what we have seen and heard of Foxconn.

At the time the video was made, Meizu was rolling out their M9 phone. The MX made its debut at the very beginning of 2012, and is clearly aimed to eventually enter the US market. For one thing, it’s specs indicate that it’s compatible with US carriers.

Early adopters may mail order, but if penetrating the US market is important to Meizu, look for eventual physical presence or a rep in this country. Times Square? I can already see the lines snaking around the block to get one.